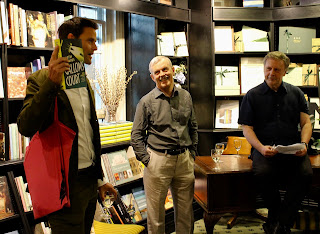 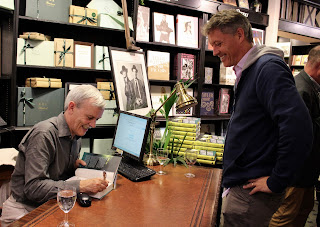 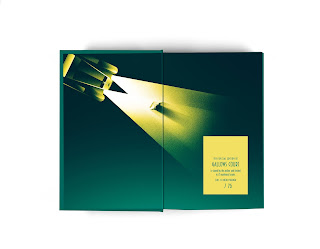 At this time of year, I like to indulge my nostalgic instincts by looking back on the events of the past twelve months and picking out special memories, before turning to the year to come. 2018 was no question, amazing, a year rich in terms of exciting experiences. So I'll group them under three broad headings, starting with publications. And there's no doubt about the stand-out moment for me - it was the publication in the UK of Gallows Court, by Head of Zeus, celebrated with a delightful launch event at historic Hatchard's in Piccadilly. Pictured above are Nic Cheetham of Zeus, Barry Forshaw, and Robert (Death in Paradise) Thorogood. 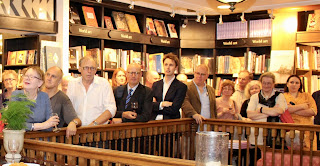 This novel, very different in so many ways from my other novels, was a project I'd worked on for about three years, without a contract, and without any guarantee that anyone would want to publish it. So it's been an absolutely thrill to see it produced in a lovely edition (complete with ribbon bookmark!) and also now in special limited, signed, lettered and numbered, editions. And then there was the reception accorded to the book. I've mentioned before that I was very uncertain about how people would react to it. This anxiety is pretty common with authors, but all the more so when one is experimenting with something fresh. But the pre-publication endorsements, from luminaries ranging from Lee Child and Peter James to Laurie R. King and Peter Robinson, were fantastic, while the reviews in the national newspapers and in magazines and on blogs were everything I could have dreamed of. And I've enjoyed talking about the book at a variety of events, for instance the Jersey Festival of Words: 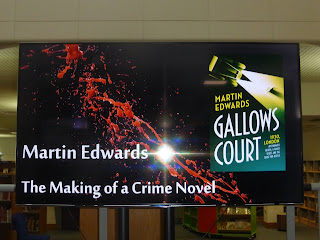 The Story of Classic Crime in 100 Books appeared in paperback. This book had a fantastic year, earning nominations for three awards in the US and two in the UK. Receiving the Macavity award in St Petersburg, Florida, from Mystery Readers International, in the person of the wonderful Janet Rudolph, was a moment to savour. An evening of thoroughly enjoyable celebration duly followed... 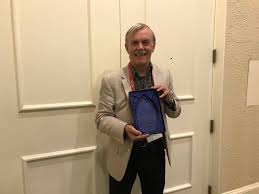 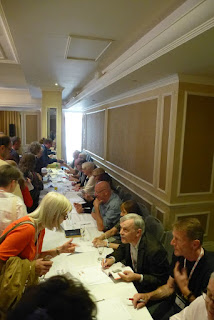 I was delighted to be associated with Ten Year Stretch, an anthology which I co-edited with Adrian Muller, celebrating ten years of CrimeFest, and raising money for the RNIB, with stories by Deaver, Rankin, Child, Herron, Sjowall, and other superstars. The signing session is pictured above. Will any of those stories feature in award nominations next year? We'll have to wait and see, but I was so pleased that Christine Poulson's excellent "Accounting for Murder" from Mystery Tour was shortlisted for the CWA Short Story Dagger. That story is a real favourite of mine. 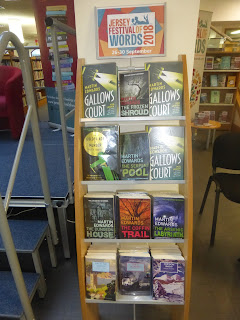 The British Library published two anthologies of mine during the year. Blood on the Tracks, a collection of railway-related mysteries, and the seasonal collection The Christmas Card Crime, both fared well in sales terms and were prominent in the Amazon bestseller lists. Meanwhile, I continued to write introductions to British Library Crime Classics; this year saw the appearance in the series of old favourites Richard Hull and Julian Symons, as well as The Arsenal Stadium Mystery, The Division Bell Mystery, and more titles by the long-undervalued E.C.R. Lorac. The continuing popularity of Golden Age reprints is illustrated by the enthusiasm shown by those attending two events in June, Bodies from the Library, and Alibis in the Archives. Events which will be returning next year - space at Alibis in particular is limited, so do register your interest in good time if you'd like to attend.

As well as writing a story for Ten Year Stretch ("Strangers in a Pub") I also contributed "Farewell Cruise" to Ellery Queen's Mystery Magazine. And then there were articles for a variety of publications, as well as introductions to books published by Harper Collins - for instance, Donald Henderson's splendid A Voice Like Velvet - and Flame Tree Press. I find these side projects fun to do, and although they do take up a bit of time, I think it's worth it. Mind you, a key resolution for the coming year is to make sure I write plenty of fiction!
Posted by Martin Edwards

Congratulations on another fantastic year, and hoping 2019 brings even more success too!