Researching Lunesdale and the Lake District 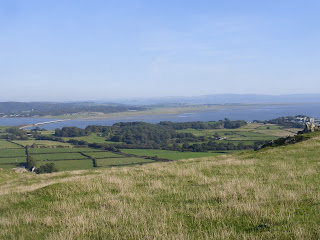 Friday was a beautiful day, and the weather was ideal for a trip with two research objectives in mind. First, I aimed to gather more material for a forthcoming introduction to a novel in the British Library Crime Classics series by Carol Rivett, better known as E.C.R. Lorac (although the book in question will be one of those she wrote under another name, Carol Carnac). I was lucky enough to talk to someone who actually knew Carol Rivett in the years up to the author's death in 1958. It was a fascinating conversation. What's more, I've acquired an original manuscript by the author for the Detection Club's archives, held at Gladstone's Library. Developing the archives is a very long-term project, but one which I believe is hugely worthwhile. It's so easy for writers and their work, even fine writers and great books, to disappear from the public consciousness. The aim of the archives is to preserve a wide range of items of crime fiction heritage, and to make them accessible to members of the public. 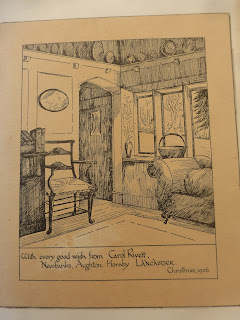 My kind and generous hosts also made me a present of two works of art from their Rivett inheritance, as well as showing me a number of fascinating items in their possession. Carol was a gifted artist, and above is an example of a Christmas card, depicting an interior scene from her home in Aughton, which she designed and sent in 1956. 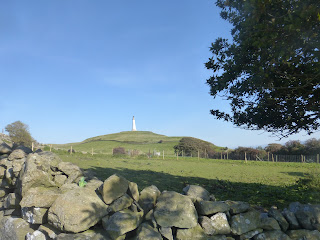 We met in the small village of Gressingham in picturesque Lunesdale, close to Aughton, where Carol Rivett lived for the last fifteen or sixteen years of her life. The next leg of my journey took me to Ulverston. I've been researching the next Lake District Mystery for some time, and I wanted to absorb myself again in some of the countryside (just outside the national park in this case) which provides part of the background for the book. 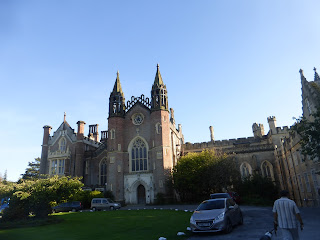 Earlier this year, while taking part in a talk at Ulverston Library, I met a fellow crime writer, Zosia Wand, who lives in the town. Zosia is the author of Trust Me and The Accusation, and is also a successful writer for radio, coach of writers, and playwright. She's lived in Ulverston for some years, and kindly took me on a tour which encompassed both the Hoad Monument (a lighthouse-like tower on top of a hill) and Conishead Priory (above photo), now a charming Buddhist retreat, with woodland walks to the shore. The views of Morecambe Bay were absolutely magnificent. 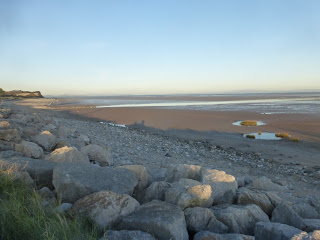 I was so inspired by these sights that instead of setting off home straight away, I made the most of the sunshine by driving further along the coast, as far as Roa Island on the tip of the Furness peninsula, with views of Piel Island, which I visited four years ago - yes, I've been thinking about this new novel for four years! And whilst roaming, I came upon the ideal setting for the opening scenes. All in all, truly rewarding trip. 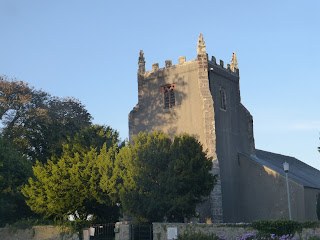 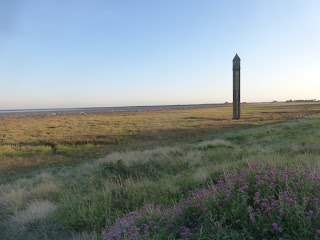 Are we allowed to know which Carnac title is to be reprinted? (In hopes that it isn't one I have already)

Drop me an email, Jonathan. It's not been publicly announced as yet.

How do I find your address?

A very successful and enjoyable research trip by the sound of it, Martin. I shall look forward to viewing the Carol Carnac manuscript at Gladstone’s Library.

Maureen and I did a quick tour of the Lake District recently, on our way home from visiting a poet friend in Scotland. Wild weather on the approach to Burnside, calmer as we rounded Windermere, Coniston and Ullswater, returning late via the Windermere car ferry.

Of course I wondered when we’d be treated to the next Lake District mystery. And, with four years having passed already since their last outing in ‘The Dungeon House’, wondered how we’d find Daniel and Hannah. So much water will have flown under their respective bridges! It’ll be good to catch up with them.

Jonathan, it's on my website. Paul, good to hear from you. I've never done the ferry. At least not yet!

The link (Contact Martin Edwards) on your homepage doesn't seem to be working for some reason.

please let's have another lake district mystery! i feel like daniel and hannah have just been left hanging!

Wordybird, thank you! And you will, I hope, be glad to know that I've just completed a detailed synopsis for the next Lake District Mystery. Its provisional title is The Crooked Shore. More information in due course.