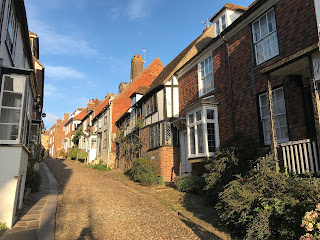 I'm just back from a lovely break in the south of England, which was blessed with astonishingly good weather. It was clear early on this year that I wouldn't want to be travelling overseas - although I look forward to the day when that's easy to do again! - and so I decided to concentrate on exploring England, especially rural England. I've also had in mind the potential for researching locations for my next novel and maybe one or two short stories. And I must say that it's been terrific fun. There is so much to see. My latest trip encompassed two really good festivals, the first being Rye Arts Festival. 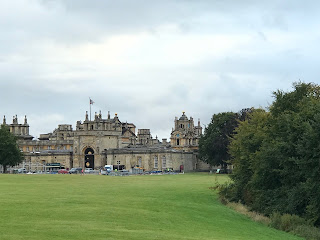 Because Rye is so far from Cheshire, it made sense to stop off along the way. This led to a first visit to Henley-in-Arden (not to be confused with the Henley of regatta fame), a charming old town, and a break in the journey at Cassington in Oxfordshire, which afforded a chance of a walk around the grounds of Blenheim Palace at the end of the day and then a wander around Scotney Castle and the town of Battle in Sussex the next day. 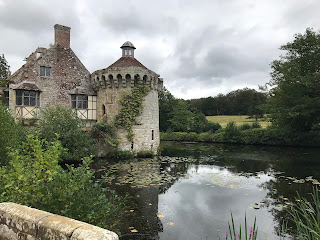 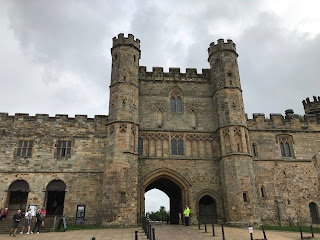 Next it was on to Rye and three nights in the wonderfully historic Mermaid Inn. After my last visit to the Rye Arts Festival in 2019, I was tempted to reference the town in the storyline of The Crooked Shore, although no action scenes are set there. The town definitely has potential to feature in a Rachel Savernake story and I spent some time exploring its curious byways, trying to figure out what might happen where. 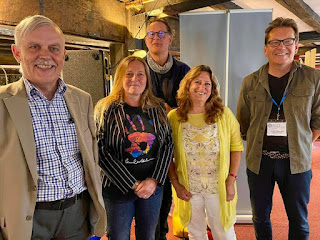 'The Cryme Day' in which I took part at the Mermaid was really enjoyable. My fellow speakers were Andrew Wilson, Elly Griffiths, and Nicola Upson, all of whom are not only terrific writers but also very convivial companions. Special thanks go to John Case, who again organised everything with unobtrusive excellence. John's calm personality makes an event very agreeable, and given how challenging it has been to organise anything during the pandemic, I think he's done a quite brilliant job. 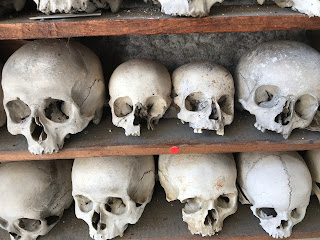 For good measure, John recommended us to explore places such as Appledore, a village on the Romney Marsh (another good setting for Rachel!) and Hythe, a coastal resort I've never visited before. There is an astonishing ossuary in the church crypt at Hythe which is one of only two in England; seeing it was a memorable experience. There was also time for a steam railway trip to New Romney and a chance to look at the marsh from a different perspective. 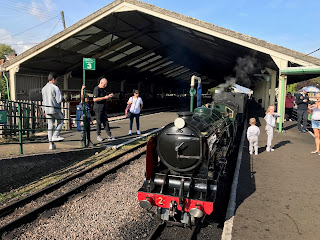 So, plenty of promising raw material for mysterious settings, as well as a thoroughly enjoyable trip. 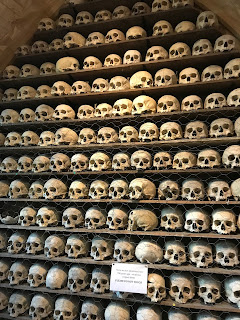 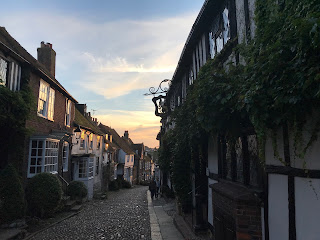 We went on holiday to the same area but at the back end of June when the weather was pretty poor. I too was drawn there by a "return to Rye" but could not get accommodation in teh area so we stayed in a lovely house in New Romney. I can't claim to be much impressed by New Romney, but I live in Somerset and am used to holidaying in Devon and Cornwall so I'm hard to please! This year to avoid the hordes in the South West, I was interested to go to Rye, Dungeness, Hythe and Great Dixter. I think my favourite part of the trip was Henry James' house in Rye. Your experience sounds pretty good though!

Nice to hear from you. James' house and garden are great, I agree - went there on the previous visit, and also to Dungeness. Great Dixter I don't know. As for Devon - there's a post tomorrow...