The International Agatha Christie Festival and exploring the south west 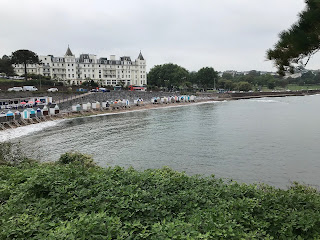 Last year the pandemic put paid to my plans to take part in the International Agatha Christie Festival once again. Happily this year, it all worked well and the dauntingly lengthy journey to Torquay was rewarded by plenty of sunshine and good company as well as some enjoyable stops along the way. I did, however, under-estimate just how long it would take me to drive from Rye to Torquay - basically, a whole day - and was very, very glad that I'd decided to break the journey back home to Cheshire, stopping in the delightful west country. 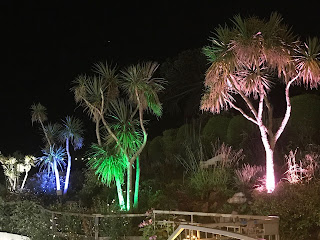 The director of the Christie festival these days is Tony Medawar, who is well-known to fans of vintage detective fiction as a result of his many contributions to CADS as well as, more recently, the popular anthologies of rare stories that he compiles for HarperCollins' Bodies from the Library series. (I hope to be reviewing the latest title at a later date.) Tony put together an impressively varied programme and invited me to do a couple of events. The first was a talk on 'Crafting Crime' and the second a workshop for a group of aspiring crime writers. 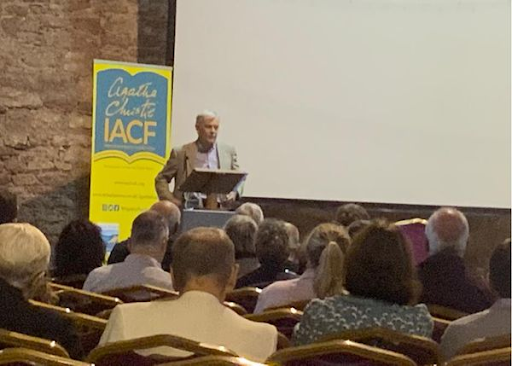 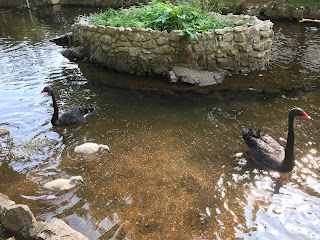 The talk was one I'd not done before, but I was pleased with the reaction as well as the chance to meet a number of delightful people, several old friends and some I'd not met previously (photo credit: Caroline Raeburn). I've done quite a few workshops but I felt the group I talked to at Torquay was especially good at coming up with interesting material in the impromptu exercises. Shortly I'll be launching an online crime writing course; it's called (surprise, surprise), 'Crafting Crime', and I'll talk more about it on this blog before long, but it was good to have the chance to conduct a face to face workshop at long last, after innumerable Zoom sessions. It was also good to return to the Grand (see the top two photos) where I stayed at the CWA conference in 1990, which coincided memorably with the Christie Centenary celebrations. 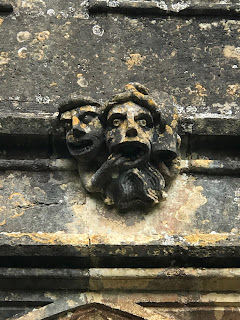 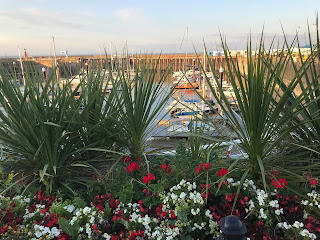 Wending our way back home took us through Devon and Somerset, two delightful rural counties that I don't know as well as I'd like to. Where possible I avoided the motorways and this made the long drive even longer but more bearable. Highlights included Dawlish (blacks swans and all...), Tiverton, Dulverton, Watchet, Monksilver (with its famous grotesque), Dunster Castle, Selworthy (the climb up to the Iron Age fort of Bury Castle was demanding, but the views made it worthwhile), and Porlock Weir. Calling in at Cullompton (E.M. Delafield's old stamping ground) I was impressed by the library, which seemed like a model of a 21st century community hub.  And towards the end of an epic trip, massive queues on the M6 prompted a return to Shugborough near Stafford. Gorgeous places in a green and pleasant land. 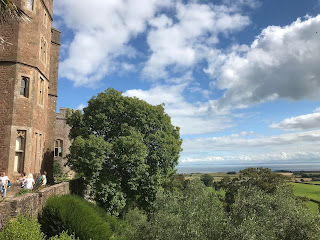 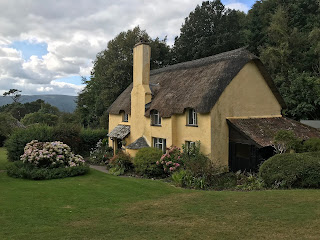 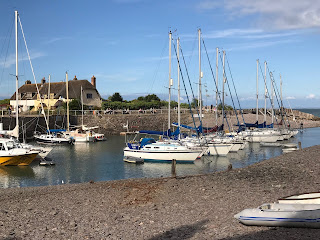 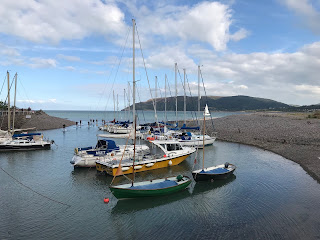 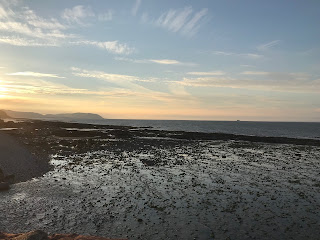