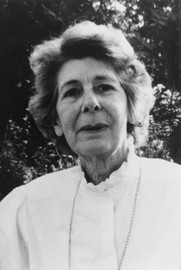 I was so sorry to learn of the very recent deaths of June Thomson and Michael Pearce, two crime writers with whom I've enjoyed many pleasant conversations. They were likeable and engaging people who, in very different ways, made notable contributions to the genre. At the time I was putting together Howdunit on behalf of the Detection Club, of which they were both long-standing members, they were both rather frail and I wasn't sure that they would feel able to contribute. But both of them really did want to be part of the project, and I was truly delighted to have the opportunity to include their essays.

As I recall, I first met June at the launch of one of her books; my memory is a little hazy, but I believe it was Past Reckoning, which was published to coincide with the London Bouchercon of 1990. I was invited to attend the do in my capacity as a reviewer and writer about crime - at that point, my first novel was yet to see the light of day. Over the years, I had many opportunities to chat to June, often at CWA conferences after I'd become established as a novelist. Her first novel was published twenty years before mine, but she was always interested and encouraging.

June was a former teacher who made a radical but effective change of course during her writing career. She established a considerable reputation with a long series of well-written novels featuring Chief Inspector Jack Finch (who was re-named Rudd in the US, to avoid confusion with another series detective called Finch). Her early books drew comparisons with P.D. James, whose style resembled hers in some ways, and she seemed destined to become an equally prominent figure in the genre. Despite her great success, that never quite happened, and only three more Finch books appeared after 1991, as she began to concentrate her energies more on stories of a very different kind - about Sherlock Holmes. There are countless Holmes pastiches, but June's stories were truly outstanding.

Having admired her work for a long time (her first novel was published way back in 1971) I was thrilled when June wrote a couple of original short stories - 'Deus Ex Machina' and 'Coming Home' - for anthologies I was editing. To publish her work was both a pleasure and a privilege. She also wrote a terrific biography, Holmes and Watson. I treasure my inscribed copies of her books and I shall miss her.

I first got to know Michael Pearce and his wife Bridget about fourteen years ago, but I'd come across his Mamur Zapt books long before that. Michael was highly convivial and very good-natured. He would modestly describe himself as a writer, teacher and administrator in academia, but he was keenly interested in human rights and an individual of considerable distinction and achievement. There's quite a lot more that can be said about both Michael and June, but the first thing I want to do by way of personal tribute is to read some of their wonderful books again.

Thank you for reporting this sad news, and sharing your own memories. I'm a big fan of June Thomson's police procedural series.

I have read two of Pearce's Mamur Zapt books and I find them an excellent portrayal of Cairo in the early 1900's. Luckily, I have many more to go. Thank you for the 'Holmes and Watson' recommendation; I never heard of Thomson.

Thanks for these comments. I think that for anyone who likes, say, PD James, June Thomson would be of interest.