Festivals come in all shapes and sizes, and I have enjoyed attending a wide variety over the years. One of the most upmarket was the Cheltenham Literary Festival, where the Murder Squad was invited some years ago - in fact, it was one of the relatively few occasions when all seven of us took part in the same event - a performance written specially for the occasion which took place in an old courthouse. An enjoyable and memorable occasion.

There have also been a good many smaller scale events, ranging from literary festivals at nearby Knutsford to the distinctly unorthodox Kidwelly ebook festival last year, which created a great deal of controversy, but at least gave me a fun week-end in a pretty part of south Wales on a sunny week-end.

This year I'm looking forward very much to Gladfest, scheduled to take place in August in the wonderful setting of Gladstone's Library in north Wales. I'll be hosting a Victorian murder mystery event on the Saturday evening, and among the others who are appearing is Stella Duffy, a writer of distinction, about whom I hope to write more another day. I'll also be talking about the late Ellis Peters, creator of Brother Cadfael, at the Wellington Festival in Shropshire in October.

But today has seen the finale of an annual "must" for me, the local Lymm Festival, which combines cultural events with a wide range of other activities. It's been running for a decade now, and goes from strength to strength. Today we've had a number of guests, including Kate Ellis and her husband, wandering round local gardens which have had an open day. I'm fascinated by the marvellous gardens that lie,often quite unexpectedly, behind all kinds of houses and this annual event, like the brilliant National Garden Scheme open days, of which I'm a big fan, is a lot of fun. And something more. It's given me an idea for my next book.... 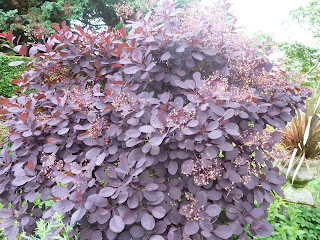 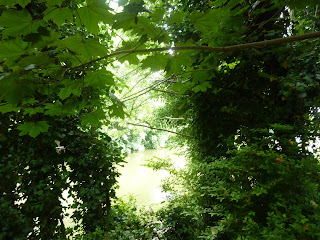 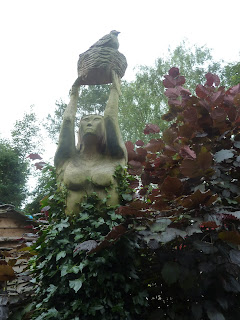 Oh, such lovely 'photos, Martin. Thanks for sharing!

You live a charmed life, Martin. And that's great about a new story idea!

"And gentlemen in Englad now abed/Shall think themselves accursed they were not (t)here/ etc etc. I mean the Kidwelly festival. What larks!
Do enjoy this summer's lot. It was good to meet you both there last July

Hi Adele, lovely to hear from you and I'm sorry I couldn't make it to the Felixstowe Festival, which I'm sure you enjoyed. Yes, we'll never forget Kidwelly!