'My Ship is Coming In' 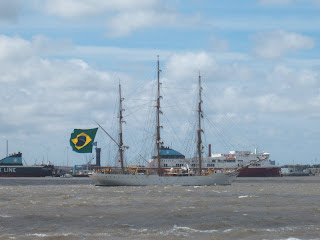 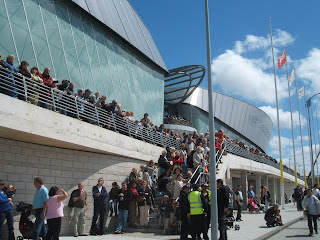 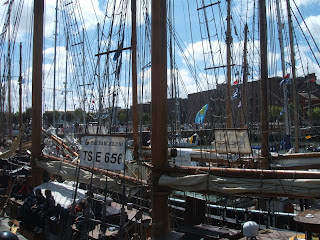 On Monday, a lunch with clients in the Albert Dock coincided with two unusual things – a sunny day, and the start of the Tall Ships race. About one million people are said to have visited Liverpool to see the Tall Ships over a period of four days, and the crowds were such that I had to be issued with a permit to be sure of getting in to my office by car.

The Parade of Sail was a truly impressive sight, a reminder of the city’s maritime hey-day, as well as a suitable tribute to its renaissance during this ‘capital of culture year’. People crowded the walkways beside the new Arena to get a view; I even saw people on the top of the Merseyside Police HQ building, looking out towards the Mersey. Such was the party atmosphere that, making my way back to work, I spotted a pony and trap on the Strand, taking tourists to a vantage point. Typical Liverpool: the bloke with the reins was chatting into his mobile as he negotiated the road works.

The Tall Ships have visited the city a few times before over the past quarter of a century. When I lived on Wirral in the 80s, I went to look at them and the memory inspired the background to a Harry Devlin short story. It was called ‘My Ship is Coming In’ (after the Walker Brothers song) and appeared in ‘Ellery Queen’s Mystery Magazine’, as well as the 1995 Bouchercon book No Alibi.

There's nothing like the Tall Ships, is there? I watched them leaving South Shields years ago - a most awe-inspiring sight.