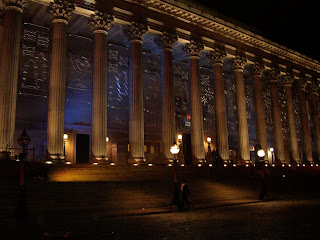 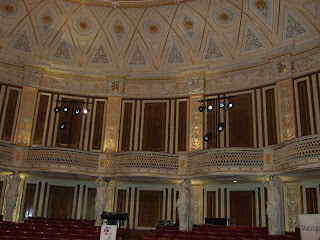 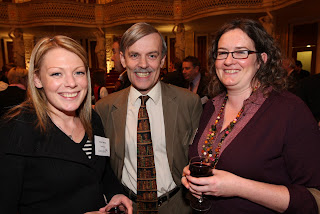 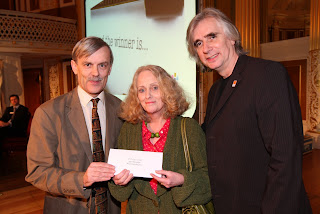 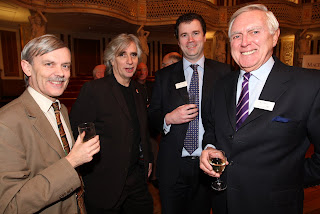 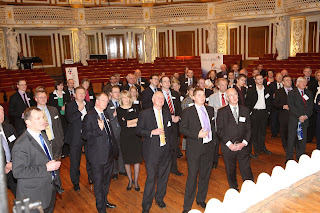 Tuesday's launch of Dancing for the Hangman and the short story competition prize giving was one of my highlights of the year. Here are a few more photos, which I hope give a hint of the magnificence of St George's Hall to those who are unfamiliar with it. My thanks for the pix go to Jane Gallagher, Tony Higginson, Clare Dudman and Ray Farley.

As well as an interview on Radio City, I featured in Thursday's edition of The Liverpool Daily Post. What was wildly unlikely about this (as anyone who knows me and my clothes sense, or lack of it, will confirm) was that the piece was in the 'style' column.

Meanwhile, two authors of highly regarded blogs, Maureen and Nan, have been commenting on my Lake District Myteries:

Letters From A Hill Farm

Their positive reactions to the books are really helpful, because it is so difficult nowadays for midlist writers like me, lacking mega publicity budgets, to have readers' attention drawn to our work.

And as if that wasn't enough, this blog has been featured on sites as diverse as the discussion forum of A House is not a Homepage (Mark Meister's admirable Burt Bacharach site) and, in a discussion about whether blogging can be lucrative, Iain Dale's Diary, one of the most prominent of all the British political blogs.

Labels: A House is not a Homepage, Dancing for the Hangman, Iain Dale's Diary, Letters from a Hill Farm, Random Distractions, St George's Hall

I am really enjoying reading the Lake District mysteries, Martin. As you have probably noticed, I am quite a slow reader! Many of your descriptive passages deserve several readings so I dally along the way.

Do please take as long as you like! I'm truly delighted with your reaction to the books.