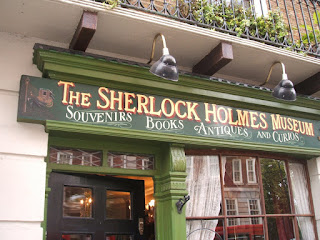 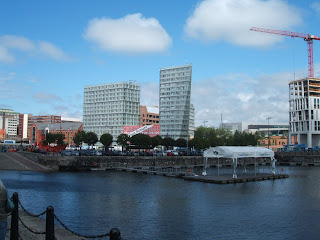 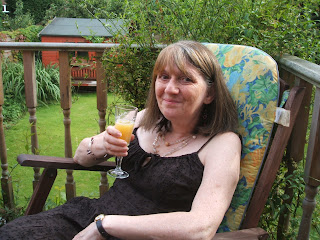 I’ve not done as much reading as I would have liked this past year, but I’ve still read some jolly good books. Great new novels came from the likes of Ann Cleeves, P.D. James, Peter Lovesey and the two Kates (Atkinson and Ellis.) That's Kate Ellis, in the photo third from the top, and Ann with Martyn Waites and me at Baltimore in the photo below.

Among the older books, I loved The Prisoner by Boileau and Narcejac, and everything I could lay my hands on by Henry Wade.

I didn’t watch that much tv, but I admired Wallander, and among several excellent films, Fracture, The Page Turner, Notes on a Scandal and Disturbia stand out in my memory.

On the music front, I enjoyed a wonderful concert by Dionne Warwick at the Lowry in Manchester, and had the pleasure of supper and conversation with the charismatic conductor of the Liverpool Philharmonic, as well as a first meeting with the city's cultural supremo Phil Redmond and an insight into the massively refurbished, and very impressive, Bluecoat Gallery.

There were pilgrimages to 221b Baker Street, and the graves of Wordsworth, Poe and Agatha Christie.

And of course there are plenty of other people and events, too many to mention, who helped make the past twelve months so good.

A final word for the city where I work. Liverpool’s year as European Capital of Culture was highly successful, defying the predictions of the city’s many critics. I’d been looking forward to Culture Year for a long time, and the rebuilding of the city provided the impetus for the return of Harry Devlin in Waterloo Sunset – and I am so pleased for the people of Liverpool that it all went so well. Let’s hope that the momentum is continued in 2009 and beyond, and that more and more people come to visit one of the most fascinating cities not just in the UK, but in the world.

Sounds like a lovely year, Martin. And here's to another one in 2009. Cheers.

The Cultural Capital designation can do wonderful things for a city. I was in Thessaloniki when it was getting ready for its turn. The city's archaeological museum had been refurbished beautifully, though the updating had not yet got around to putting new air conditioning into operation. I think that may have been fixed by the time the year got into full swing, though.
==============
Detectives Beyond Borders
"Because Murder Is More Fun Away From Home"
http://www.detectivesbeyondborders.blogspot.com/