Forgotten Book - The Small Hours of the Morniing 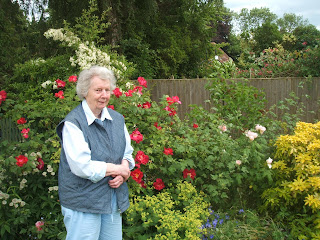 My choice for today’s entry in Patti Abbott’s series of Forgotten Books is The Small Hours of the Morning, by Margaret Yorke. When I decided to pick one of Margaret’s books, I had a couple of dilemmas. First, I’m not sure it’s fair to describe them as ‘forgotten’, since she still has a substantial and devoted readership, even though she has not published a novel for several years. Second, which to choose? One of her strengths was achieving a very even (and high) standard of consistency with her stand-alone novels of psychological suspense, something which is far from common.

As a result, my choice of this particular novel was slightly random – there are a good may others I might have picked, and I may well feature some of them here in due course. But The Small Hours of the Morning does illustrate her gifts very well. Those gifts include swift and sure characterisation of ‘ordinary’, but interesting people, confident plotting and an ability to build suspense without sensationalism.

The book opens splendidly. The opening line is simple: ‘Cecil Titmuss was a careful man.’ A very well-organised chap, Cecil. But his wife June is discontented. She gets up in the night for solitary drinks of gin. And, although it is one o’clock in the morning, an un-named person is studying the Titmuss household through a pair of binoculars.

A great set-up is developed very neatly. Margaret Yorke increases the tension all the more effectively because of the very ‘normal’ ambience of the segment of society that she is depicting. Her insight into the subtle nuances of domestic life is deep, and she has always had a rare story-telling gift. This is one of many of her books that should not be forgotten.

I took the picture of Margaret, by the way, on a visit to her home last month. She was in great form and, as always, a delightful hostess. As on so many occasions, I reflected how lucky I am to have got to know personally writers whom I have long admired, and who prove to be terrific company in person.

Labels: Margaret Yorke, The Smal Hours of the Morning

Martin - Thanks for featuring Margaret Yorke. She is, indeed, talented and more than deserving of recognition.

Sounds wonderful. I'm surprised the Titmuss clan have played such a significant role in British fiction. John Mortimer has used the Titmuss name very well too.

I 'found' Margaret Yorke's books years ago and whilst I can't say I forgot her books there was a long time when I didn't read any of them, until last year when I borrowed one from the library. They are deceptively easy to read, but full of convincing characters and suspense.

Just what is a 'forgotten book'? There are books I've read, but not read for years - do they fit into this category? Someone else could have remembered them very well.

'Forgotten books' to me are books I know I've read, but can't remember the title or even the author, but vaguely remember enjoying. Sadly, I have many of those - it's most annoying.

What a wonderful opening to this book! It makes me want to read more. I must request Margaret Yorke at the library. Our library is good at getting up-to-date crime fiction, but I'm also looking out for authors such as Margaret Yorke who deserve to be remembered and read.

I have spent many hours reading MYs books.

I like that plot set up! Thanks for sharing it...I'll find a copy.

What a gorgeous garden she has!

I picked up a half dozen Margaret Yorke books at a library sale a few weeks ago. Time to read one after your interesting review.

Small Hours was the first Margaret Yorke I ever read -- picked up on a whim at a library sale. She's been one of my favorite crime writers ever since.... Thanks for the excellent remembrance!

BooksPlease - the entries for Patti's series of Forgotten Books sometimes includes relatively recent and well known titles. My own interpretation is pretty broad - ranging from true obscurities to books like this one, which have been in print recently but perhaps not much mentioned in the blogosphere.

Seana - Titmuss is just a great character name, isn't it?!

I'm glad to see that Margaret still has plenty of fans, and I'm also pleased to encourage those who don't know her work to sample it. Thanks very much for your comments - a bit more about this book tomorrow!

Margaret Yorke is a treasure who deserves to be far better known, alongside Ruth Rendell and P.D. James. One of her most chilling novels is an early one, No Medals for the Major, about the destructiveness of small-town smallmindedness.