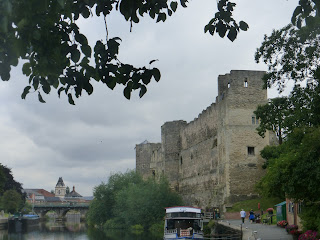 I've just returned from an enjoyable trip to the other side of England, the result of an invitation to take part in the Newark Book  Festival. I visited Newark about three years ago to give a talk in the library, and was very impressed by the town. It's full of history, with a nice ruined castle by the riverside, and my event was held in the recently established Civil War Centre - in a splendid old Tudor room. 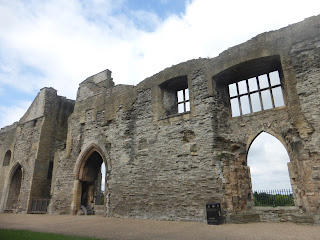 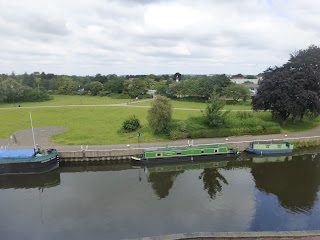 The panel, about Golden Age crime, was chaired by Mary Haig (mother of the very talented Matt), and my fellow panellist was Tammy Cohen, alias Rachel Rhys, whom I'd never had the pleasure of meeting before. And it was great to see Elly Griffiths, who had taken part earlier in the afternoon. Our event was closing the festival, which had evidently been a big success, thanks to the efforts of Sara Bullimore and her team. There were drinks, canapes and opportunities to chat to people before our event began. 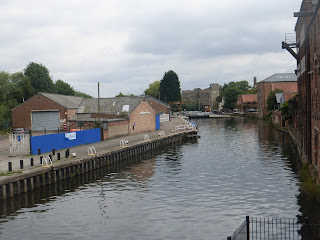 The only snag was that it began just as the World Cup cricket final entered the final over, and the Wimbledon men's single final reached its almost equally remarkable climax. So it's a wonder that anyone turned up at all. But it was a very good crowd (including a gentleman whom I last met at the Nottingham Bouchercon in 1995 - delighted he's still reading my books!)  and I managed to catch up with the highlights of that truly amazing game of cricket later on in the evening, so all was well. With the cricket, as with the tennis, it was a shame that anyone had to lose. 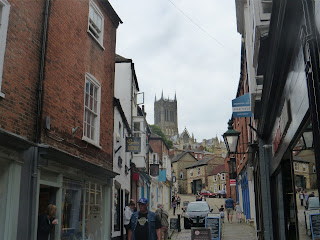 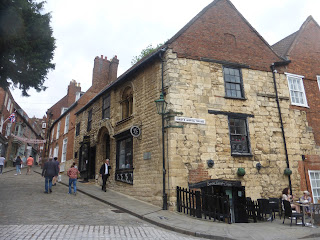 The session went well, and Mary and Tammy were good companions. When I woke up this morning in my very nice B&B, the weather was so promising that I decided to make the most of it. So I wandered round Newark, and then, because it isn't far away, I ventured to Lincoln, where I found an excellent display of British Library Crime Classics (and no, I'm afraid I didn't resist the temptation to volunteer to sign copies of my anthologies and Gallows Court) and had lunch in the sun at a bookshop-cum-cafe. As I did a few weeks ago when sunning myself on the Broads, I cast my mind back to the days of long hours spent commuting in to work each Monday. But it's not all play now, oh no. As if to salve my conscience, I have done a bit of legal work today, and on the drive home I dreamed up a short story idea about a B&B (not the one in Newark or any of the others I've patronised recently, I hasten to add). This evening, I get on with some writing... 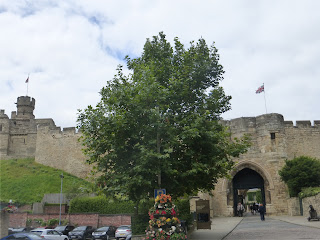 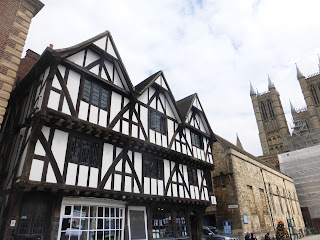 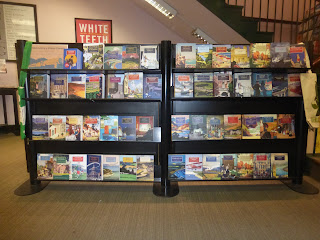