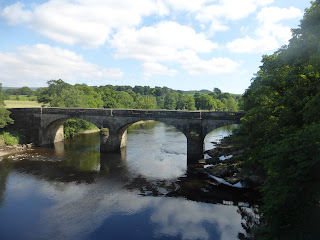 Last week I spent a fascinating day exploring the area where Carol Rivett, alias E.C.R. Lorac and Carol Carnac, lived for the last fifteen years or so of her life. This is Lunesdale in north Lancashire, an area that is - in comparison at least to the much-visited hot spots of the Lake District - somewhat off the beaten track, yet a very appealing area of the English countryside. The photo above is of Crook O'Lune - which supplied the title for one of Lorac's novels. 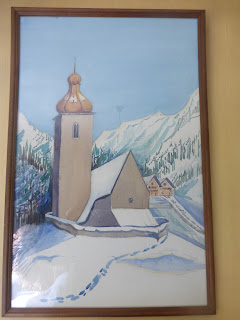 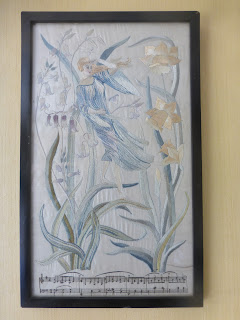 My guide was someone who actually knew Carol Rivett well, and who features as a minor character in one of her books. I learned a great deal from her, not least that Carol was a strong-minded woman with many talents. I had the chance to admire some of her artwork, embroidery, and calligraphy; she was also an accomplished musician, who taught the piano prior to the Second World War. I also learned something I hadn't realised before, that her output included a novel for children called Island Spell. 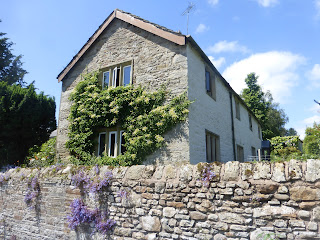 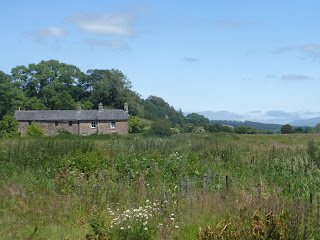 Carol moved to Lunesdale during the war, in the early 1940s, to be close to her sister Maud and her brother-in-law. The family was very close; there was a third sister, Gladys, and although she lived in London, all three sisters are buried in  the churchyard at Aughton (pronounced "Afton", and not to be confused with Aughton near Ormskirk) where Carol lived. We went on a pilgrimage there, and also to the neighbouring houses where Carol and her in-laws lived. 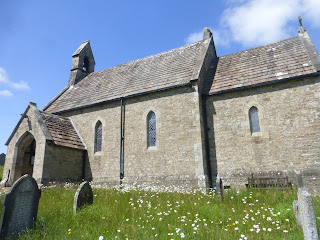 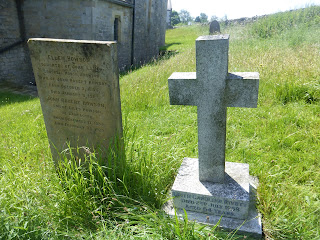 Whilst walking around the area - some of the narrow and bumpy rural lanes are not ideal for driving! - by chance we bumped into someone who lives in another house nearby which features in one of the Lorac books. She put a lot of her experiences (and people she knew) into her books, and it was a pleasure to be able to see them for myself. It's a lovely part of the world, and I can see why she was happy to live there. And I wondered what she would have made of the enthusiasm which has greeted the British Library's recent reprints of her work - with another title, Fell Murder, which is set in Lunesdale, due out next month. 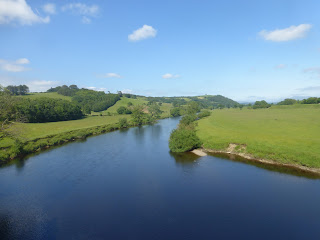 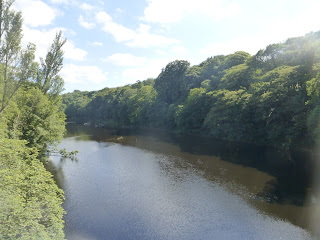 I love the Lunesdale books, and it's delightful to see the actual countryside. This is a trip I'd love to take myself. Thanks for sharing this, Martin.

Thanks for sharing your experience, Martin ... the landscape is just as I'd pictured it from her rich descriptions in the Lunesdale stories. We must spend some time there next time we are in England.

Hi Martin – although I hail from Lancashire (brought up in a cotton and colliery town), I don’t know ECR Lorac’s Lunesdale. Your pics show it to have a charm all its own. Maybe I’ll get to visit someday but in the meantime I’d love to savour the atmosphere through a Lorac mystery or two. Carol Rivett was clearly a remarkable, multi-talented woman of character, and I’ve been keen to read her Lorac novels since hearing about them at ‘Alibis’ last month. Three cheers to the British Library for reprinting!

By the way, a few years ago I was lent and greatly enjoyed a modern-day mystery with a picturesque Lancashire setting. This was ‘A Darker Side’, the second novel in the series featuring forensic psychologist Jill Kennedy and DCI Max Trentham by Shirley Wells. Worth seeking out if you haven’t come across her already.