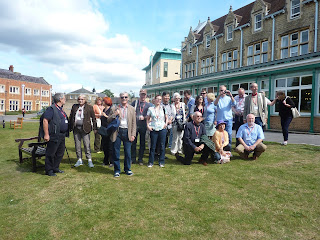 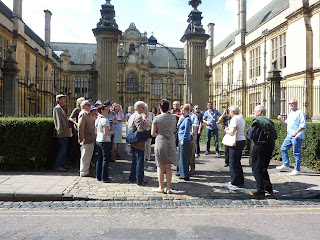 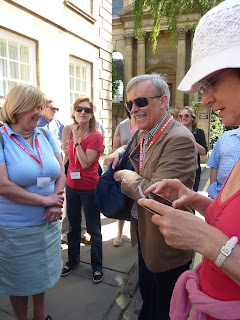 Some months ago, Janet Laurence told me that she was organising a conference for AIEP, the international crime writers' association, to take place in Oxford, and asked if I'd be willing to conduct a guided literary tour of Oxford. Now I have no experience whatsoever as a tour guide, so I felt I was a rather unlikely choice. But Janet is a very persuasive person, so I said yes.

I didn't know what to expect. Not just whether the weather would be kind, which of course was impossible to predict, but how many people would want to go on such a tour, how good their English would be, how energetic they would feel - or anything, really. So preparing was a bit tricky. I realised that I'd have to be flexible and see how things went on the day.

The AIEP conference went on throughout last week, but because of work commitments, I was only able to turn up for the latter stages. However, I found everyone very welcoming and it was fascinating to meet the international contingent, as well as locals such as Susan Moody, Bob Cornwell, Christine Poulson, and Barry Forshaw.I also had an enjoyable evening after dinner in a pub with Michael Ridpath and a number of foreign writers.

To my relief, the tour proved to be great fun. About 35 people came along, and I took them around the city, talking about some of the books set there as we went along. We toured the quadrangles of Balliol, and had a drink in the Eagle and Child, where once the Inklings met, drank and talked. Myfanwy Cook kindly acted as tour photographer!

The last major event of the conference was an after dinner speech by a former top cop, Dame Elizabeth Neville. Janet was given a standing ovations, which she richly deserved. A sign of the esteem in which she is held by the international crime writing community, and a sign too of how much they appreciated their time in Britain. I made a number of delightful new friends, and despite my initial misgivings, in the end I was very glad that Janet asked me to be a tour guide - at least for one afternoon in my life! 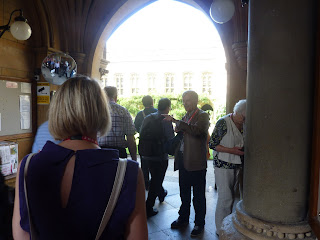 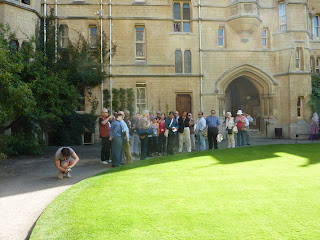 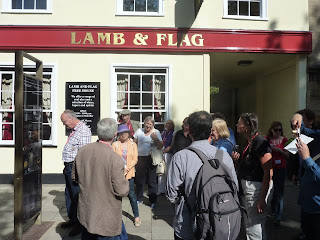 Oh, how I wish I could have been there!

I'm sure you'd have enjoyed a sunny afternoon among the dreaming spires, Nan. Maybe one day!