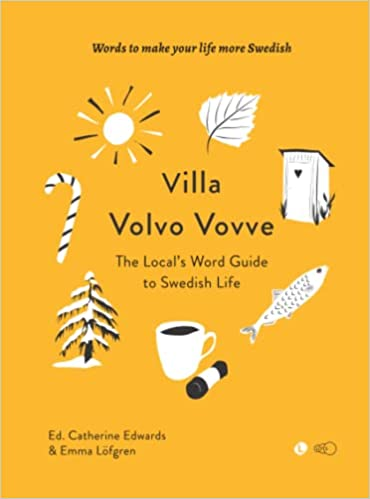 I'm delighted to host, for the very first time on this blog, my daughter Catherine, whose first book has just been published. I was hugely proud of a terrific book about football history published by my father shortly before his death, a few weeks before Catherine was born in 1993, and you can bet that I'm proud of what she's achieved with Villa Volvo Vovve as well. Over to Catherine:

'If you are reading this blog, firstly, hello! Secondly, you’re probably interested in crime fiction and the craft of writing, so that’s what I’ll talk about. 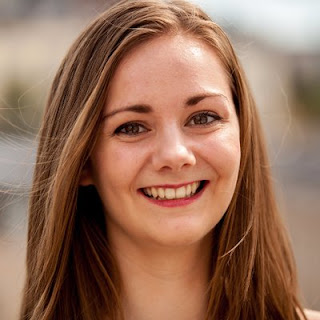 In 2015, I moved to Sweden, a country that in many people’s imaginations is a dark, dreary and ominous place, where murders take place at an alarming rate, only to be solved by detectives with poor social skills but excellent knitwear.

There are a few different theories as to why Nordic noir became such a popular phenomenon. There’s no denying that the settings are deeply atmospheric. Something that stood out to me in my first winter was the silence of city evenings; the thick coats of snow have a muffling effect.

But despite the sometimes bleak winters, the real Sweden, along with its Scandinavian neighbours, have a very low murder and crime rate. It’s possible that the crime fiction trend is not despite that but because of it. Some of the most popular examples of the genre play on the contrast with peaceful landscapes -- not just Sweden, but cosy English villages, or the Lake District for example -- corrupted by cold-blooded killers. And maybe there’s an element of Schadenfreude, with readers taking pleasure from imagining that things aren’t so perfect as they look.

Sweden is neither the crime-ridden bleak landscape of your favourite deckare (the Swedish word for a detective novel), nor the utopia that you might be led to believe in if you read one too many magazine articles promising that the latest Nordic buzzword, be it hygge, lagom, or fika, will transform your life.

Sweden is a country marked by its contradictions -- like any country really, though perhaps to an extreme extent. It’s home to a liberal democracy, but has such restrictive alcohol policies that you can’t buy alcohol for home consumption after 8pm or at all on a Sunday. It’s one of the most technologically advanced nations (while living there, I met several people who had microchips inserted in their hands) yet its people prize nothing so highly as a weekend uninterrupted in nature, often preferring to leave their wooden summer cabins uncorrupted by the latest mod cons.

If you’re a crime fiction fan, you’ve probably read some works in translation. I was privileged to translate the story of Maj Sjöwall for a crime anthology, and I think crime novels are an excellent example of the difficulties of translation. A translator might reword a sentence when writing it in their own language, not realising that in doing so they deprive readers of a crucial clue.

Even in the short story I translated by Maj (Det var inte igår - Long time no see), there were plenty of sections that gave me pause for thought. The first passage presented me with a problem, using three Swedish words for snow, each with a specific connotation, none with a direct English equivalent.

The story opens with a homeless woman collecting bottles from a recycling bank so she could exchange them for cash using Sweden’s bottle deposit scheme. A similar scheme is now planned in the UK, but at the time the story was written it was completely unheard of there, so as a translator I wondered how much I needed to explain the system. In the very next scene, the main character uses the coins from the recycling station at the Swedish alcohol monopoly store, another concept that doesn’t exist in most countries.

Personally, I think one of the reasons people love Scandinavian settings for murder mysteries is that these are countries we generally don’t know much about -- the unknown quantity adds to the mystery. But if you’ve ever wanted to learn more about the real Sweden, my newly published book is for you. After six years living in and writing about Sweden as a journalist, together with my colleague Emma Löfgren, I’ve written Villa Volvo Vovve: The Local’s Word Guide to Swedish Life, which explores Sweden beyond the cliches and stereotypes, through the story of 101 Swedish words. The idea is to introduce a bit of the real Sweden, with all its contradictions and quirks, to people around the world, and it’s for anyone with an interest in language, culture, and the way they shape our perceptions.'

Thank you, Catherine! Congrats on the book! Sounds interesting!

Many congratulations on publication! It sounds a great book. What you say about multiple words for different kinds of snow reminds me of the opening chapter of Peter Høeg's Miss Smilla's Feeling for Snow - though in that case it is a Danish writer commenting on how many more words Greenlanders have! I also know what you mean about the silence of Nordic cities in the winter - though my experience of them is mainly Copenhagen rather than Stockholm - different country and probably different snow!

Thanks, Jeff. It's a lovely book, very readable.

Thanks, Len, greatly appreciated. And a really good point about Miss Smilla!