In Praise of Spooks 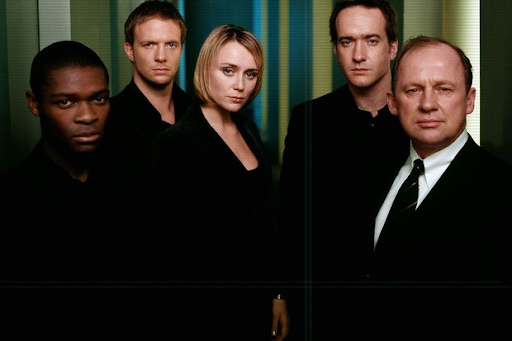 Five years ago, I gave a favourable review to the film which was a spin-off from the long-running TV series Spooks, which I somehow managed to miss when it was first screened (my excuse is that in those days I was a full-time lawyer as well as a novelist). I was encouraged to indulge in a binge-watch but the fact that there are no fewer than 86 episodes of the TV show was a deterrent. Things changed, however, during lockdown and it became one of my viewing treats.

Thanks to good old Iplayer, I've now watched Spooks from start to finish and I must say that although it wasn't meant as pandemic-escapism, it worked brilliantly as far as I was concerned. Even the weakest episodes make for acceptable viewing, while at their best the scripts are razor-sharp. One thing that is very striking is the extent to which global geopolitics have changed in the years since Spooks, which was created by David Wolstencroft, first aired almost 20 years ago - long before Brexit, the withdrawal from Afghanistan, and the Aukus defence pact. It's been suggested that one or two of the writers let their anti-Israel feelings get the better of them, but in general I thought the political material was well handled, although there were various incredible features (not least the emphasis in later series on a Home Secretary who seems responsible for everything, with the Prime Minister remaining invisible).

The stellar cast is superb. Peter Firth appears in every episode as Harry (later Sir Harry) Pearce, while the wonderful performers who work alongside him at different times include Matthew Macfadyen, Keeley Hawes, David Oyelowo, Nicola Walker, Rupert Penry-Jones, Gemma Jones, Hermione Norris, Miranda Raison, and Lara Pulver. The supporting cast, including the data analysts, were just as good and the fate of Colin (Rory MacGregor) was one of the darkest and most poignant moments of the series. But right from the start, the writers were ruthless about disposing of characters. One can only ever be confident that Harry, the lynchpin, will survive.

Some critics detected a falling-off in quality in the tenth and final series. I don't agree. The negativity probably just reflects the fact that Spooks was no longer new. With few exceptions, the episodes have tremendous pace, and although the attempts to humanise the spies with soap opera type backstories weren't entirely successful, the overall standard of writing was very good. Watching this show (along with Bleak House) has been a delight. If you haven't seen it, don't leave it as long as I did before you repair the omission.