A pilgrimage to Lorac country 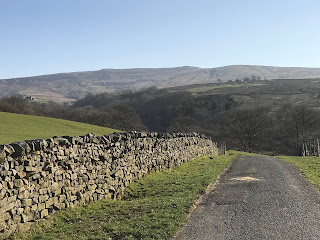 I'm back from a short but exhilarating trip to the countryside E.C.R. Lorac knew so well in and around the north of Lancashire and the Lune valley. The inspiration for this little pilgrimage was Crook O'Lune, her novel of 1953, which is set in the fictitious environs of High Gimmerdale. I'll write about the book in a future Forgotten Books post, but for now I'll concentrate on the visit. 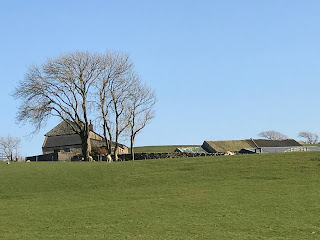 I was lucky to have as my guides on Saturday afternoon Lena and David Whiteley, who have given me a great deal of help in my researches into Lorac's life and work. Lena knew Carol Rivett, who wrote as Lorac and as Carol Carnac, and has very warm memories of her. She and David know the area like the back of their hands and they kindly took me to Roeburndale, which was the real-life model for the setting of the story. 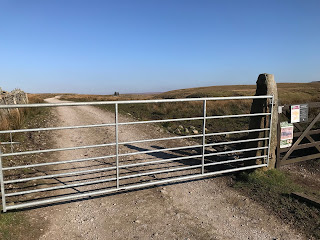 This is sheep farming country (the US title for the book was Shepherd's Crook). The Trough of Bowland is in one of the least densely populated parts of England and it was fascinating to explore the area - our route was eventually blocked by a gate. Two bikers managed to get through, on their way to Slaidburn, which was my next destination. The sat nav, however, took me the long way round. It was a delightful journey as the sun set over the quiet fells. 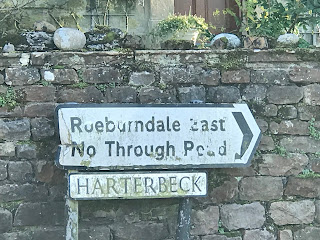 Lorac often disguises her settings, but in the novel, Chief Inspector Macdonald goes to the Hark to Bounty pub in Slaidburn and enjoys a dinner there. I was pleased to discover that not only is the Hark to Bounty a real pub, they have accommodation too. So we emulated Macdonald (a first-rate steak and ale pie was my choice, not sure what the detective ate!) and went one better, by staying the night as well. It seems from what we were told that Lorac too may have stayed at the Hark to Bounty, I think she must have been impressed, since in truth there was no obvious need for Macdonald to go there; I suspect she just wanted to give them a plug - and why not? Slaidburn is a lovely village and it was good to explore it on a beautiful Sunday morning after a filling breakfast which leaves me needing to lose weight! All in all, a great trip. And an enjoyable book, too. 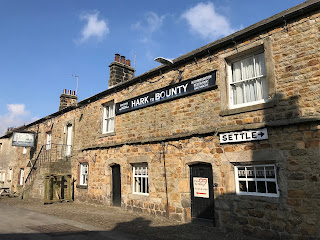 For those of us in the U.S. who are missing our regular jaunts to the U.K, this is delightful. I felt like I was there, if only for a brief while.