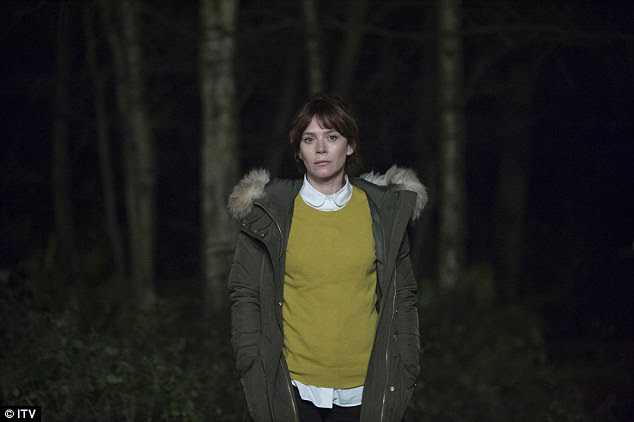 A few years ago, a chap at ITV asked me who I'd like to be cast as Hannah Scarlett in a projected televised version of the Lake District Mysteries. Several names sprang to mind, some of them more obvious than others. Among them was that of Anna Friel, a terrific actor whom I first saw in Brookside many years ago. She's become a big star since then, and I didn't really think she'd ever become Hannah. In fact,,that particular TV deal - like every other television deal to date concerning my books - never came to anything, though it did pay for a couple of lovely holidays. But tonight, Marcella aired on ITV. And guess who plays the eponymous female cop? Yep,it's Anna.

We first see Marcella, bruised and battered, recovering in a bath from some mysterious ordeal. What has happened to her? Well, by the end of episode one, I wasn't much the wiser, but I thought the storyline was engaging - definitely good enough for me to keep watching. The script is by Hans Rosenfeldt, who wrote The Bridge - it's his first drama for British television.

Inevitably, some elements of the storyline are familiar. (The same will, no doubt, be said if ever the Lakes books do make it to the screen - and you never know, it may happen one day...) But that, to my mind, isn't really a problem. So many detective stories have been written that true originality is very, very rare. The key question is whether the writer has mixed up the ingredients skilfully enough to produce something truly appetising.

When judging TV dramas, I often think back to the early series of Taggart written by Glenn Chandler. Those stories had a quality of the off-beat that Marcella, for all its quality, lacks. But the London setting is evocatively presented, the mysterious link between the killings and corruption in a construction business (shades of The Long Good Friday?) are nicely done, and Friel has a compelling screen presence. We'll have to see how the plot thickens, but so far, I'm rather taken with Marcella.

I'd love to see a television series of your Lakes books! A great setting too, what a shame they've fallen through, hope it happens some day.