The Return of the Malice Domestic Anthologies 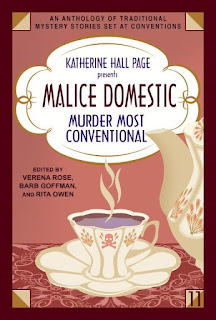 By the time you read this, I will - with any luck - be in Washington DC, ahead of this year's Malice Domestic convention. The Malice community is especially warm and welcoming, something I first discovered rather more than ten years ago, when Ann Cleeves (not then a household name) and I (still not a household name) decided to take part. I've really enjoyed making friends at Malice, including members of the highly efficient board such as Verena Rose, Rita Owen and Joni Langevoort. Add to that list Shawn Reilly Simmons, herself a crime writer with a fast-growing following, whom I met for the first time last year. Shawn, pictured below, is very hard working, and among her various activities is a new one, that of co-editor of the newly revived Malice anthologies. I'm glad to host this guest blog, where she supplies more details:


"Malice Domestic is pleased to announce we are once again publishing an annual anthology of traditional mystery stories. From 1992 to 2001 there were ten Malice anthologies published, presented by authors such as Mary Higgins Clark, Anne Perry and Phyllis A. Whitney, just to name a few.

After a fifteen year hiatus, we’re proud to bring back this tradition with the release of Malice Domestic 11: Murder Most Conventional. The anthology includes twenty-two original stories and one modern classic reprint, each representing their own take on the “cozy” style of mystery, those in the tradition of Agatha Christie.

We were thrilled when Katherine Hall Page agreed to present the first in the new generation of anthologies. I asked her how she felt about it and she said: “After a truly criminal interlude—fifteen years!—it is a joy to present the latest volume in the series of acclaimed anthologies. There is a particular pleasure in reading short stories, similar to relishing appetizers. Yet, taken as a whole, Murder Most Conventional is a full-course banquet!”

We couldn’t agree more. Malice 28, the fun fan convention that celebrates the traditional mystery, will be held in Bethesda, Maryland, from April 29-May 1. We’re looking forward to welcoming our honored guests, including Martin who is representing Sarah Caudwell for Malice Remembers.
Murder Most Conventional is available for pre-order (http://tinyurl.com/hku7k6p)  and will be available for sale at Malice 28. For more info about Malice visit us at www.MaliceDomestic.org

Shawn Reilly Simmons is the author of the Red Carpet Catering mystery series, a member of the Malice Domestic Board of Directors, and a contributing author to the Murder Most Conventional anthology. www.ShawnReillySimmons.com 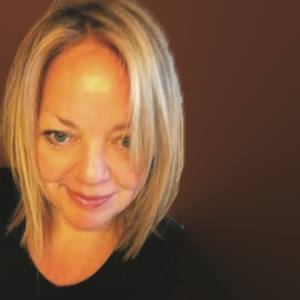 "The Malice community is especially warm and welcoming"is a pretty funny line, out of context.

Have a great time. How wonderful that you are representing the great Sarah Caudwell. At least, I assume you're the Martin mentioned.