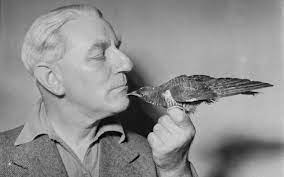 A couple of weeks ago I had the interesting experience of sharing an online stage with the renowned expert on espionage Nigel West (who also published a couple of crime novels drawing on his experience as an MP under his real name, Rupert Allason). Listening to Nigel prompted me to delve into a book published five years ago by Henry Hemming, a biography of the legendary spymaster Maxwell Knight.

I knew a bit about Knight from my researches into the life and work of John Bingham, who was one of his agents - as was John le Carre. Another of his agents was Bill Younger, whose The Hammersmith Maggot I discussed on Friday. Yet another was Jimmy Dickson, who wrote as Grierson Dickson (confusion in the past caused some people to think that John Dickson Carr was one of the spies, but the person in question was Jimmy Dickson, an author of much less renown). One of the many interesting points that Hemming makes is that Knight seems to have liked to recruit authors as spies. He also had a prejudice in favour of female spies, since he prized their observational skills.

M: Maxwell Knight, MI5's Greatest Spymaster is a book I enjoyed reading. He was an extraordinary character, with an obsession about pets that made him famous in later life. I have a copy of his book Talking Birds, which was amusingly illustrated by David Cornwell - alias John le Carre. He also wrote two thrillers in the 1930s, Crime Cargo and Gunman's Holiday, the first of which was dedicated to Dennis Wheatley. I've never come across them, but Hemming doesn't think much of the first and doesn't even mention the title of the second.

Knight's private life was unorthodox. He married three times but seems to have had little or no interest in sex - unlike quite a few of his agents. His first wife took her own life. He flirted with fascism as a young man - one of his pals was William Joyce - but was responsible for its defeat in Britain in the early stages of the Second World War. Hemming gives a good, rounded portrait of this mysterious fellow and does so in a very readable manner.

By great coincidence, there was mention of Knight in the Feb 19 Telegraph Magazine in an article about the varied inhabitants of London's Dolphin Square. Dolphin Square is a large handsome block of flats built in 1936, with illustrious former tenants from royalty to Prime Ministers. Knight is described as a man who "seemed nothing more than an old fashioned English eccentric. Tall and ungainly, he routinely dressed in tweeds that had seen better days." A moderately successful thriller writer and keen musician who played drums with a jazz band, he was also an enthusiastic naturalist who populated his living quarters with all manner of pets and wild animals, including bears lion cubs and monkeys.
In younger days he had been a member of the British Fascisti, but so he could spy for MI5. By 1930 he was running a secretive sub department from his flat, with an especial skill for creating female agents - Ian Fleming was a colleague, and it is considered Knight was the inspiration for James Bond's M. Later, he was to become a star TV and radio personality as a naturalist for the BBC.
I have found it impossible to track down affordable copies of his crime novels; thwarting an attempt to write an article on him for CADS!

Thanks, Liz. Yes, I've never even seen a copy of one of his novels, let alone read them. Maybe one day!