Publication Day - The Life of Crime

When you've been working on an idea, and then a book, for as long as I've been working on The Life of Crime, it seems almost surreal when the moment of official publication finally comes along. But today is the day! And as from today there is a blog tour - my sincere thanks to the ten bloggers taking part. The first reaction on the tour comes from Christine Poulson and her comments are truly gratifying. 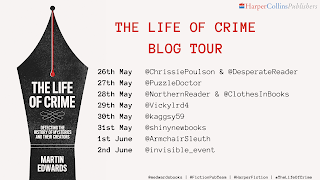 Thanks to Gary Stratmann, I have some photos of the champagne do during CrimeFest when the book was celebrated in the company of Simon Brett, Felix Francis, Cath Staincliffe, Michael Ridpath, Robert Goddard and various other friends. I've also had cause to celebrate with a coveted starred review from Publishers' Weekly in the US: 'magisterial...unlike other major studies of the genre, gives plenty of space to non-Anglo authors and writers of color. The result is an encyclopedic and consequential volume, a must-read for readers who've wondered who-, how-, or whydunit.' 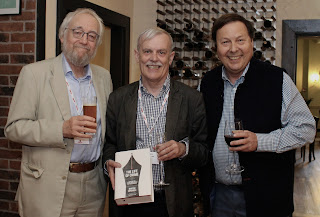 And then this morning came news of a fantastic review in the Spectator by that fine novelist Andrew Taylor: 'magisterial but wickedly entertaining...a long book, but it's reliably readable and frequently amusing. It also inspires awe: Edwards combines wide reading with a good memory, meticulous control over his unruly material, critical acumen and sheer bloody persistence.' Wonderful! 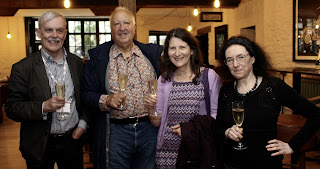 The book contains extensive acknowledgements, but I'd like to take a moment right now to thank those experts who gave generously of their time when commenting on partial drafts of the manuscript during the past few years. Nigel Moss, wise and meticulous, spent a great deal of time checking and commenting, while others who made a particularly special contribution by giving me the benefit of their expertise included Doug Greene, Steve Powell, Victoria Stewart, David Bordwell, Art Scott, Joseph Goodrich, Rick Ollerman, John Pugmire, and Mauro Boncampagni. 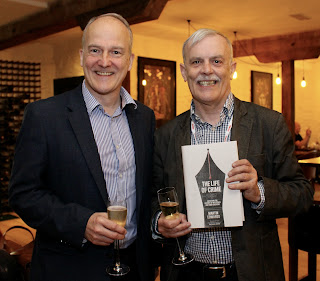 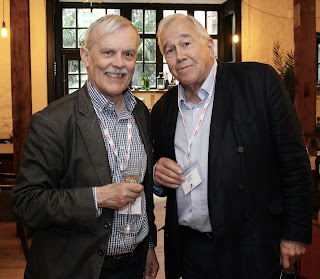 Of course I'm grateful to my agent James Wills and to David Brawn and his colleagues at Harper Collins who helped to make my vision a reality. John Garth the indexer, did a terrific job - this is a book that definitely needed a really good index, and John compiled three, which take up nearly eighty pages. A word of thanks also to the cover designer, Steve Leard, whose contribution to my books I discuss in this piece for Shots. In this essay for Crime Time I discuss some of the other people whose writing about the genre I admire. 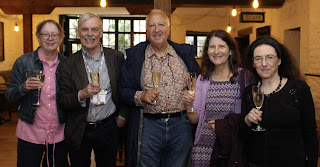 So for me this is a happy and memorable occasion. And tonight, there might just be some more quaffing of champagne...

Labels: The Life of Crime

Hi Martin,
I received my copy late yesterday afternoon. What a fabulous looking tome.
i read the introduction and first chapter and scanned the indices.
As you remark in the introduction, the writing style makes the narrative jump off the page.
I’m looking forward to working my way through the book in the coming days as well as it being a reference work for years to come.
The indexes will be a source of further reading through the years, acting as illumination to crime reading.
Recently I managed to buy, at a reasonable outlay, the Heron Books-set of the complete Agatha Christie and ordered yesterday the two John Curran books on Agatha Christie named the appendix but recently reprinted in a combined edition. I’m sure these will act as a magnifying glass as I read her books.
Congratulations on a tremendous book, the result of so many hours research,

Dave, thanks very much and yes, I'm hoping this book is one that people will enjoy keeping and referring back to over the years. You'll enjoy John Curran's books, I'm sure.