Fen Country - and Murder by the Book 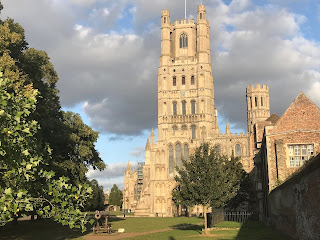 Murder by the Book includes an Edmund Crispin story that previously appeared in his posthumous collection Fen Country, so it was perhaps appropriate that an event to celebrate the publication of the latest British Library Crime Classic anthology should be held in Ely, at the heart of the fenlands. The event was organised by Toppings, who have a lovely bookshop in the centre of the little city. I've visited Ely only once before, on a day trip nine years ago, and given the length of the journey from Cheshire, it made sense to turn the event into the centrepiece of a staycation, and to spend more time in a fascinating part of England. 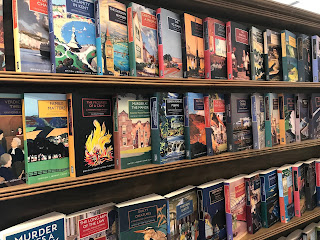 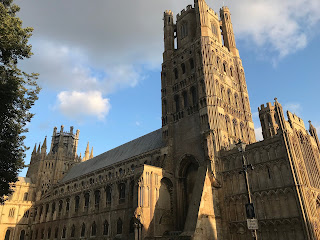 The event itself was held in St Peter's Church, and the layout of the pews allowed for social distancing. Toppings served coffee and cake, and we all tucked in with enjoyment. I was interviewed by David Learner, a former actor whose roles included Marvin the Paranoid Android in The Hitch-Hiker's Guide to the Galaxy. David did a great job and the afternoon passed very enjoyably indeed, not least because there were many books to sign! I was also delighted to have the chance of an extended chat afterwards with a good friend of this blog, Clint Stacey. 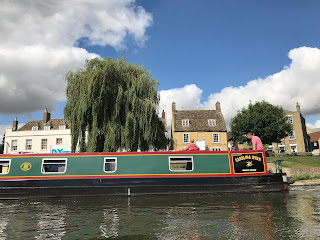 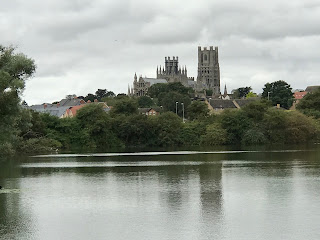 Exploring Ely was very enjoyable. A boat trip on the Great Ouse and a visit to Ely Country Park were among the highlights. Ely is a relatively isolated place, with a rich history and I can imagine that lifestyles there are often tranquil and relaxing. David is very keen on the city, and it's easy to understand why. Of course, having a good bookshop close at hand is a real plus... 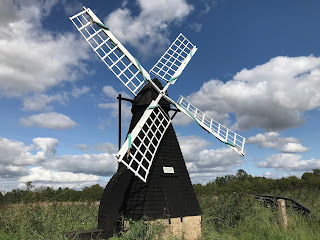 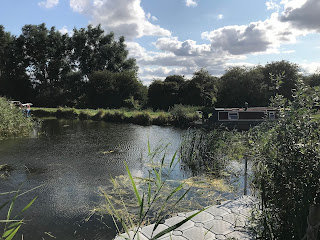 We spent an afternoon wandering around nearby Wicken Fen, a place rich in wildlife, and while wandering through the reeds, I came up with a very visual idea for the opening chapter of my next novel. So - definitely inspirational! That idea doesn't involve the fens in any way, but I must admit I'm now tempted to set a short story or a scene in a novel there. On the way home, we also went around the grounds of Anglesey Abbey - which is a very long way from the Anglesey I'm familiar with - and again that was fun to do. Luck with good weather always helps on a trip like this, and I'd have had a good time even if nobody turned up for my event. The fact that people came from quite far-flung places was a real bonus, and underlined the appeal of classic crime fiction. 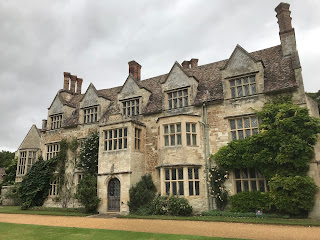 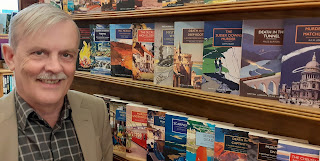 So glad you enjoyed your trip, Martin, to the city where I have now lived for more than 20 years. As a fellow (former) northerner, I too was surprised when I first heard the name Anglesey Abbey. In my case, it was when as a trainee solicitor I was asked to hand deliver something to a client who lived near Anglesey Abbey. I thought I was being sent on a paid work trip back home ... Martyn

It must be a wonderful place to live, Martyn! Definitely inspirational for a writer, I'd say...