Murder She Drew - A Japanese Perspective on John Dickson Carr 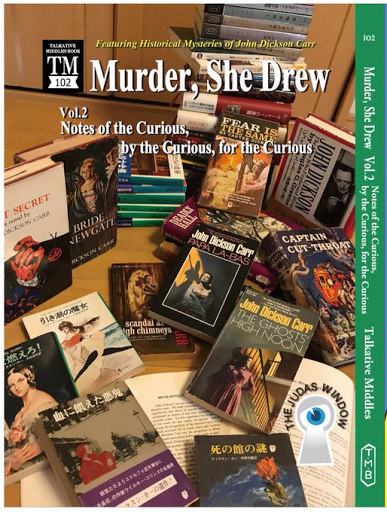 I've talked before about the pleasure I take in hearing from readers of my books, and of this blog, around the world. Some time ago, quite out of the blue, I received a message from Akira Moriwaki of Japan about a fascinating project of his connected with the works of the locked room king, John Dickson Carr. One thing led to another, and I'm now the proud possessor of an inscribed copy of Murder, She Drew: Notes of the Curious, by the Curious, for the Curious by Akira and two other talented Japanese Carr enthusiasts. What is more, I have a couple of maps of scenes from Carr's work, in London and New Orleans respectively, which are so lovely to look at that I've had them framed and they now hang on the wall alongside a number of other prints with crime writing associations. 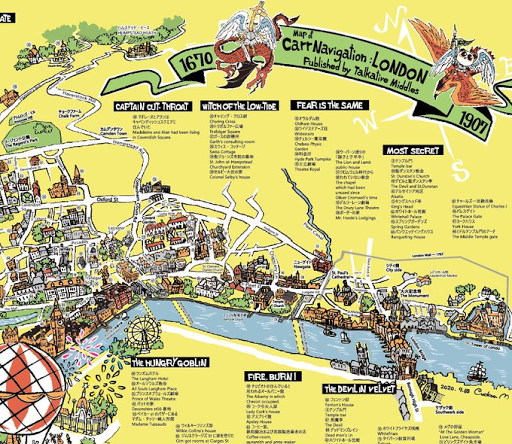 The authors are now branching out, and I'm delighted to host a short guest blog post from them about their latest activities. Over to Akira Moriwaki:

'Murder, She Drew: Notes of the Curious, by the Curious, for the Curiouswas the first attempt in the world to review John Dickson Carr's historical mysteries and illustrate it with crime scenes and maps. Fortunately, this project was unexpectedly well received, both in Japan and abroad. This was due, in no small part, to the fact that the illustrator, who was the 'She' in the title and had previously read very few of Carr's novels, was awakened to Carr's charms.

We are pleased to announce a new challenge: Carr Graphic. It is a far-reaching project to make Carr's works into a Graphic in the "SR (=Sealed Room) no Kai", the longest established mystery novel enthusiasts' group in Japan, to which the three co-authors belong. This is the result of the illustrator's love for Maestro Carr.

The first piece, It Walks by Night, was published last month in the June issue of SR Monthly.

The first SNS piece, The Lost Gallows, was published at the following address. http://sealedroom.blog.jp/