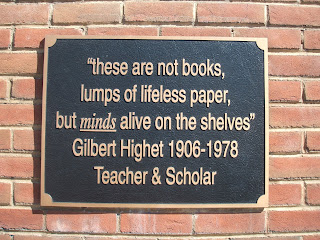 I was very lucky this Bouchercon to have the chance to speak on three panels – at a guess, a total audience of two hundred plus. For those who have never been to a convention, the idea is that each panel has a theme (often rather loose) and four or five writers are guided by a moderator to talk about issues connected with that theme.

The first panel, last Thursday, was about ‘getting cops right in fiction’ and was moderated by Dave Case. The other participants included Caroline Todd, a charming lady who co-writes the Inspector Rutledge mysteries with her son, under the name Charles Todd. I still recall enjoying the first book in that series, the excellent historical mystery A Test of Wills.

The same afternoon, I shared in a panel about ‘telling lies for a living’ moderated by Thomas B. Cavanagh, and a very good group of fellow panellists which included that much lauded novelist Laurie King, Alison Gaylin, and another Brit, Martyn Waites, who was very witty, as usual.

Finally, on Sunday morning, Ann Cleeves moderated an enjoyable panel on a regular convention topic, the importance of setting in mystery fiction. My colleagues that time were Pari Noskin Taichert, Kathy Lynn Emerson (author of a ‘how to write’ book about historical mysteries that I just had to buy, despite the weight of my suitcases) and fellow Poisoned Pen Press author Carolyn Wall.

I’ve moderated several panels myself over the years and I know that moderating is no easy task – yet it’s very important. All three moderators had very different styles. I’d never met Dave or Tom before, whereas I’ve been involved in countless events with Murder Squad pal Ann. Dave’s approach was very laid-back, Tom had prepared detailed questions, and Ann, with her customary efficiency, arranged a meeting of her panellists on Saturday afternoon, which helped us all to get to know each other, and broke the ice very effectively. Feedback on all the panels, despite the differences of approach, was consistently positive.