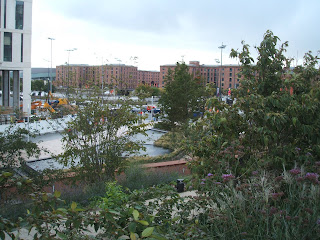 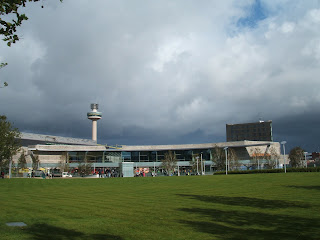 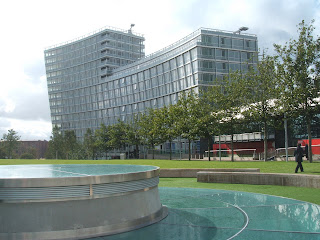 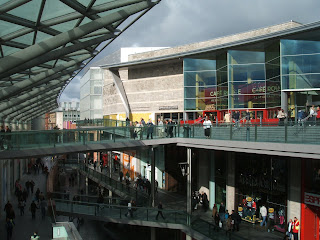 Last week saw the opening of the second phase of the massive redevelopment that is Liverpool One, part of the dramatic change within the city that gives Harry Devlin pause for thought in Waterloo Sunset.

Harry worries about whether the city's facelift will become a heart transplant. But as usual, he worries too much, in my opinion. For what it's worth, I don't think Liverpool is losing its heart, or its soul.

The opening was performed by the Princess Royal and, as with so many things, I missed it due to work commitments (the same was true a couple of days later when the QEII docked in Liverpool for the very last time.)

I have, however, had the chance of a quick look round Chavasse Park, which is part of the new scheme, a green space linking the shops and cinemas with the Albert Dock and the river. It all looked pretty good to me. But it will look even better when the weather cheers up.