The British Library Crime Classics series continues to go from strength to strength. This is more of an achievement than it may seem, given that sales have been extremely strong in Britain and elsewhere for the past six or seven years. But the series has benefited enormously from the enthusiasm of booksellers, both a large number of marvellous indies and also the likes of Waterstones and Heffers. With the shops shut, many new books have suffered accordingly. The Crime Classics paperbacks, with their very popular artwork, have attracted a lot of interest from shop browsers. Thankfully, ebook sales have been excellent. while to the best of my knowledge, paperback sales have held up better than one might have expected. Much credit is due to the BL's publications department, who have kept things going even when the Library itself has been closed to the public - it's over sixteen months since I was last there. 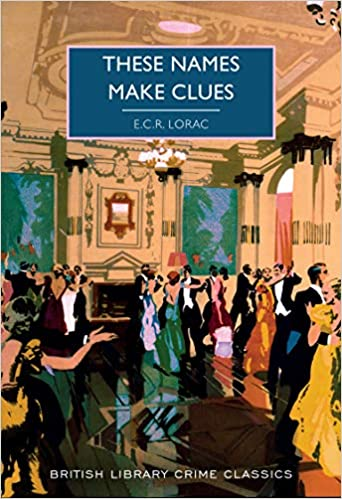 And now the Crime Classics to be published in the second half of this year have been announced. I think it's a great list, with some personal favourites of mine .These include E.C.R. Lorac's These Names Make Clues, which along with Bats in the Belfry is probably my favourite of her books - though the standard is pretty even, so it is hard to choose. A real gem is John Dickson Carr's excellent Till Death Do Us Part. 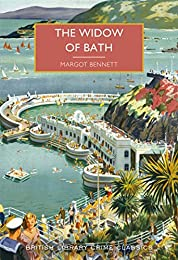 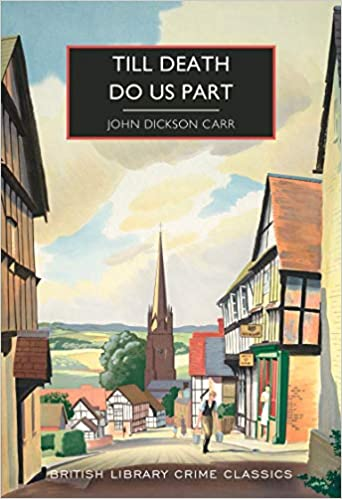 There are two books which, interestingly, I enjoyed more the second time I read them than first time around. I think that's probably because to some extent both of them weren't quite what I expected. One is Margot Bennett's The Widow of Bath, which is very witty and well-written, and also cunningly plotted. Another is Anthony Berkeley's 'whowasdunin', the under-estimated Murder in the Basement. 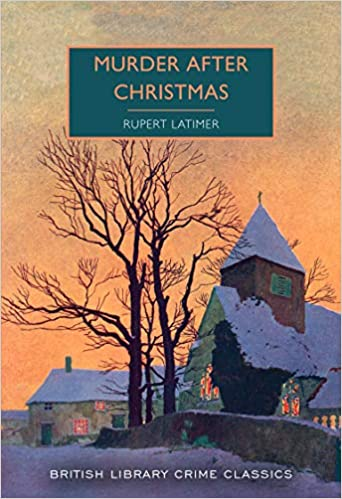 One book the BL, rather than I, discovered was Rupert Latimer's Murder after Christmas. I'm sure I'll say more about that one nearer to the festive season. And there will also be another of my own anthologies, this time with a book-related theme. The precise contents and indeed the title are still being considered by the BL in the light of my various suggestions - I can't imagine it will be possible to include everything that I put forward, for reasons of space, but this will be an eclectic collection and, I like to think, will offer a great deal of entertainment.
Posted by Martin Edwards

Great to see this programme continuing, especially the re-publishing of Lorac - I hope some more of the Carol Carnac titles will follow.
Minor point - the Carr title is actually "Till Death Do Us Part". (Hopefully the blurb will not contain any spoilers, unlike my 60s Penguin edition.)

Thanks, Jonathan. Yes, I have a mental block about that title. I blame Alf Garnett!

The novel by Berkeley is a great title. Great novel. I wrote several years ago an article about it

What a fab list - well done Martin, the continuing success of the BL series is very heartening.

I couldn't get on with the Lorac, having to learn at the start a lot of the character's names and the name of the historical fancy dress character they were playing was too much from my brain! I have always thought that there's usually a good reason for a British book from that era not being published in the US or in paperback (except on the Continent) - the Lorac wasn't even reprinted in hardback by Collins at the time, I don't think she became fairly popular until the 1940s by which time I think her writing had improved. It is the same for the Miles Burtons, the rarer ones are usually not as good as the ones that were reprinted in paperback

Pietro, Sergio, thanks. Jamie, I agree the names aren't easy to get to grips with, but overall the book strikes me as one of the best Loracs.

The Lorac is a very rare title and I am sure it will sell well. To my mind no British Library Crime Classic has come close to being as good as Mary Kelly's The Spoilt Kill, but I have hopes for Margot Bennett's The Man Who Didn't Fly which along with The Widow of Bath, and Someone from the Past, I have just got. I see Laurence Meynell says about Bennett's books: 'Clever conversation as rapid and devastating as machine gun fire', not an expression someone would use nowadays!

Pietro, thanks again. Jamie, it's all about personal taste, isn't it? I'm a big fan of The Spoilt Kill myself and if you like Mary, you'll almost certainly like Margot.

Martin, Excellent post - thanks for highlighting future issues from BL. The Carr title is a brilliant one. Now many more can discover its greatness without having to search for used copies. I have been looking for that Lorac title for some time and never have seen a used copy for sale. Now I get to read the re-issue. Looking forward to the Berkeley and Latimer titles as well.

Is there anywhere online to get a full, comprehensive list of all the books that have been published in the British Library Crime Classics series?

Thank god its not a Symons or yet another Kelly!It's so good to see Carr,Berkeley and Lorac in the list .

Could we have a few more Gilbert's please ??

Love this series of books. It's great to get off the beaten track of Christie, Sayers, Marsh (much as I like them) and discover forgotten gems of the genre. Currently reading Death of an Airman which I'm thoroughly enjoying.

Thanks for these further comments. Yes, I'd like to see more Michael Gilberts in due course. And I do like Death of an Airman a lot.