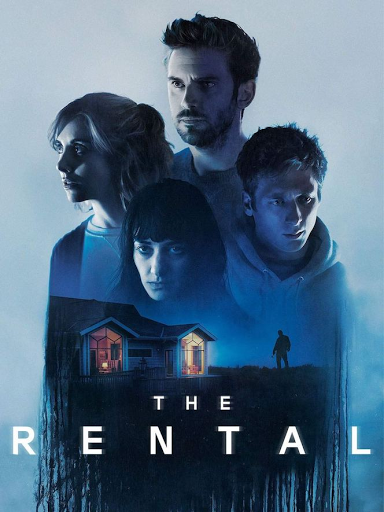 Inevitably, one's reaction to a book or film is often coloured by one's expectations. This is one of the reasons why it can be a good thing, when time allows, to give a novel or movie a second chance if it didn't live up to those expectations the first time around. When I watched The Rental, a recent crime film which teeters on the edge of the horror genre, I must admit that I wasn't expecting much - just another routine home invasion film, I presumed. But although it's no masterpiece, it is better than I anticipated.

I've never stayed in an Airbnb rental home, but apparently the director and co-writer David Franco got the idea for the story from an experience in such a place. Suffice to say that his film isn't a great advertisement for that kind of short break. From the moment that Charlie and Mina contemplate renting a house in a very remote - though lovely - location for the weekend, one fears for them. And rightly so.

Charlie and Mina are business partners. Charlie is married to Michelle (Alison Brie) and Mina is dating his brother Josh, who has recently served time in jail but is trying to make a fresh start. I have to say that, before long, I began to dislike all four of them (and their dog), and one of the flaws in the script is that they are almost as unlikeable as the creepy chap who shows them round the rented house.

There's quite an interesting idea at work here, which only becomes clear right at the end of the film, and this means that the story isn't quite as predictable as seemed to be the case for much of the running time. Before that intriguing climax, the two couples make some stupid decisions with disastrous consequences. At least the dog comes to no harm...