Poe and a pilgrimage 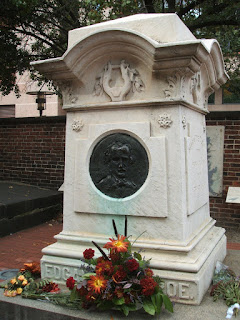 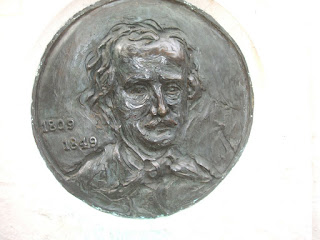 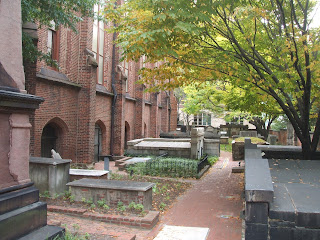 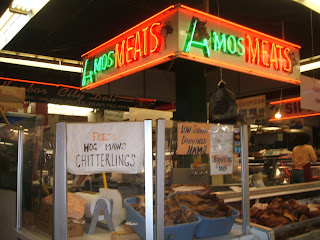 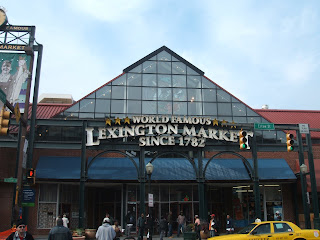 Edgar Allan Poe was the founding father of the detective genre, and achieved much else beside. ‘The Murder in the Rue Morgue’ introduced the Great Detective, the Chevalier C. Auguste Dupin, and although Poe only wrote five tales that truly fall within the crime fiction genre, they set some of the templates with which we still work today.

Poe inaugurated the locked room/impossible crime detective story, and ‘The Mystery of Marie Roget’ is a classic of armchair detection, while ‘Thou Art the Man’ is a ‘least likely person’ story and ‘The Gold Bug’ involves the decoding of a cipher. A favourite of mine is ‘The Purloined Letter’, a neat example of hiding something in plain view – a skill which, much later, Agatha Christie mastered to particularly brilliant effect.

Poe has a very close association with Baltimore (although Philadelphia also has claims on him.) Unfortunately, I didn’t find the time to visit the Poe House in the city, but I did manage to make a pilgrimage to his grave, in the marvellously atmospheric churchyard just off Fayette Street. It is only a stone’s throw from the very different, but equally memorable ‘World Famous Lexington Market’.

Oddly enough, I visited Christie’s grave in the pretty English village of Cholsey for the first time earlier this year. Poe’s last resting place, in the midst of the urban bustle, could hardly be more different, and indeed the lives of the two writers were utterly dissimilar. But that is the appeal of the crime genre – it appeals to all kinds of people, and the diversity of crime writers and fans was as much in evidence at Bouchercon as their shared love of mysteries.

I hope you had a crabcake sandwich at the Lexington Market. They were amazing.

Everytime I see Poe's grave and, knowing his fears of being buried alive, I wonder of he's beneath that stone scratching away.

Spooky (and appropriate) thought, Archavist! It didn't occur to me at the time, but now you come to mention it, did I hear something from within the grave myself??!!