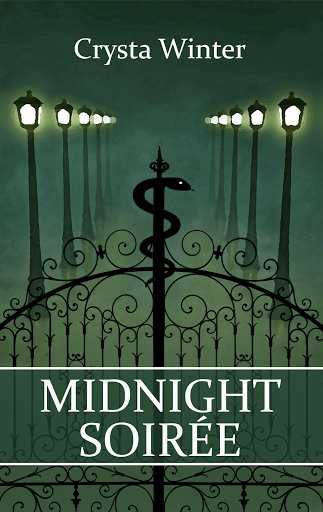 I'm often contacted by other writers who invite me to read their books and of course it usually isn't possible to accept the offer, since otherwise I'd never have time to write or read anything else. That's the unfortunate reality, but I'm acutely aware that writing is a tough game - it's a point I made in several speeches and articles during my time as CWA Chair - and I am keen to do what I can to help, provided that time permits. And this applies not just to writers based in the UK, but also those from overseas. We are all trying our best to get somewhere with our work, and the challenges are many. So when I was approached by Crysta Winter about her new book, I suggested that she might like to contribute a guest post. Here it is.

'Having savoured the enthusiasm of being allowed to publish a guest article in Martin Edwards' blog, I, a German crime writer, started searching for a topic. An activity which, as it seems to me, is the author’s main occupation. The first thing to mention would be the search for an idea. The search for a suitable crime scene goes without saying in this context. The era in which the murder is to take place must also be found, of course. Then there are the protagonists. The research, which always takes hours of searching, and last but not least the search for suitable words and sentences. I won't mention the search for a publisher here. I don't have any. I am a self-publisher.

I also have to eliminate the search for an idea from the list, at least as far as my first crime novel is concerned. On a sunny afternoon which I spent in an idyllic garden café enjoying an apple pie and hot chocolate, a male muse who turned out to be a distant friend, approached my table and addressed the momentous sentence to me. “Tomorrow I'll marry. Once again, after ten years. And once again the very same woman."

I remember vividly that my brain was abruptly flooded with a murderous cocktail of ideas that resulted in an explosive birth of a brainchild which turned out to be the grandson of my great literary love Hercule: Achille Perrot.

Both, Achille and I are nostalgic. Nevertheless, we are firmly anchored in the present. That is why Achille's cases, which he gilded with the charm of the twenties, take place here and now. And whenever a murderous mystery has to be solved, we go on a meticulous search until the case is solved to the last detail. Achille owes it to his ancestor Hercule, and I owe it to the great Dame Agatha.

As of now, you may stick to Achille's heels – either digitally or in the good old analogue way. Over a glass of white rum from the West Indies or an artesian water. Since Achille loves clarity, because clarity also means truth in a deeper sense, to which Poirot’s grandson has dedicated his body, mind and soul.'