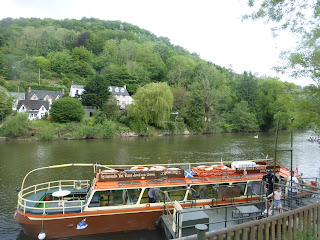 In this blog, I've often talked about my trips, which have introduced me to many wonderful places and also been a fruitful source of inspiration for my fiction. The pandemic has of course changed everything and this looks like being the second year in succession when I don't venture out of Britain. But to the extent that it's possible, I do like to get about my own country and I've started doing that since the easing of lockdown began. 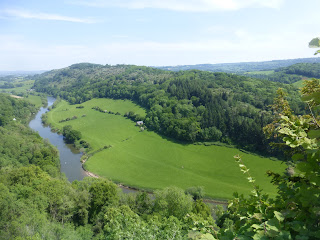 As in the past, I've enjoyed combining the relaxation of enjoying pleasant places with a bit of research. A visit to north Wales did give me some material for a 'bibliomystery' that I've been commissioned to write. It's called The Traitor, and I'll talk more about that at a later date. I've also had a pleasant stay in Herefordshire and the Wye Valley, and a visit to Shropshire en route again provided scenes and references for The Traitor. 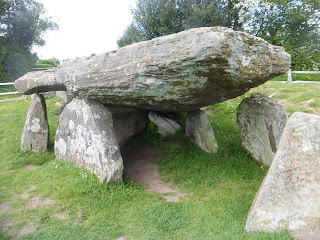 While I was in the Wye Valley, I discovered a number of intriguing spots, including the ancient burial chamber Arthur's Stone (photo above) and Longtown Castle (photo below), as well as a gorgeous gorge - Symonds Yat, where we went on our first boat trip for ages. A trip to that part of the world wouldn't be complete without a visit to Hay-on-Wye, and although some bookshops have sadly vanished since the last time I was there, plenty still remain and I had a good browse. 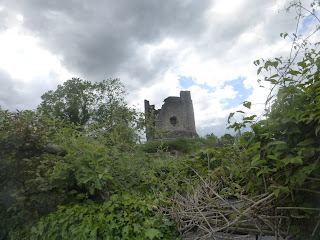 For the first time, I explored the Forest of Dean, and the wonderful sculpture trail through the forest. There was also a trip to Lydney Harbour, a quiet and atmospheric spot on the river Severn. 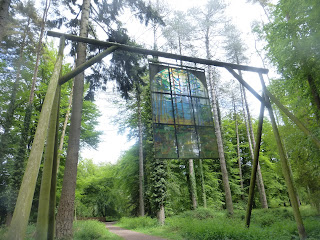 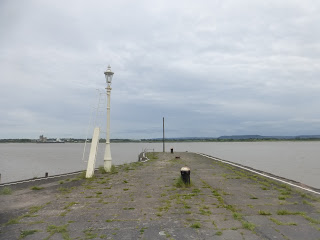 In Abergavenny, I took at look at the birthplace of Ethel Lina White, who wrote so many lively suspense novels in the 30s and 40s. Other highlights included the black and white villages of north Herefordshire, a lovely water garden, and Tenbury Wells, which I'd never been to previously. The weather was great and the English countryside at its loveliest. 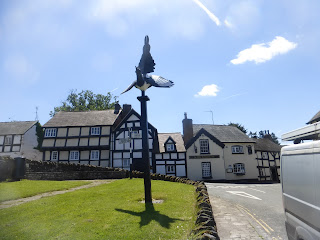 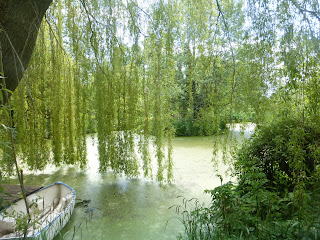 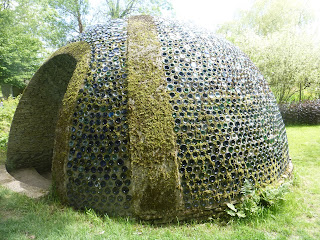 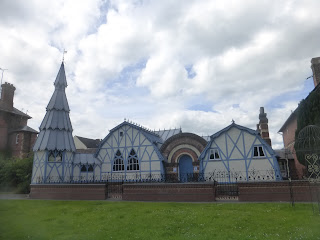 Maybe one or two of those places will feature in future stories. My research often works like that - instead of planning to see somewhere I mean to write about, I go with an open mind and hope that ideas will come to me as I absorb the surroundings and then reflect further afterwards. At present, I'm just putting the finishing touches to the next Rachel Savernake book, and it has certainly benefited enormously from visits in between lockdowns last year to places such as Hardcastle Crags and Kinver Edge, at a time when I didn't have a particular storyline in mind but was receptive to ideas suggested by unfamiliar settings. 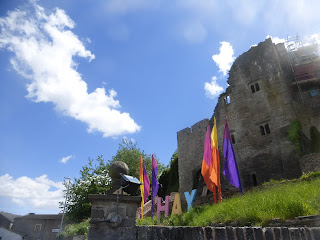 Slightly different were my various research trips before I started work on The Crooked Shore. I visited a host of places around Cumbria before settling on the particular spot that I felt provided the perfect template for Strandbeck. And memories of wandering around the county definitely helped to keep up morale as I finished that particular book during the early months of the pandemic. 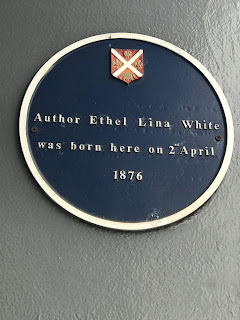 Lovely images. I am currently enjoying Rachel Savernake and am intrigued to hear that there is another book on the way. There is no doubt, I don't think, that you would have to go a long way to beat the countryside and towns of UK. Years since I was in Hay on Wye must put it on my to do list.

Thanks, Diane. Yes, I'm a huge fan of the British countryside and I do find it inspirational as well as relaxing. Glad you're enjoying Rachel. The new one goes to the publishers next week!

Martin, I love hearing about your travels. When I think of finally taking my trip to England and Wales, I do want to spend some time in London, but it's the English countryside that I dream of most. I do hope I get to pick your brain a bit before I visit. I'm hoping for next year, but we'll see. Also, your mention of a boat reminded me of your boat trip classes you taught in 2019. Are any of those on the horizon?

Martin, thanks for sharing your travels. You've made me want to visit England more than ever. And, I'm looking forward to The Crooked Shore and the next Rachel Savernake book.

Kathy, thanks and of course I'll be delighted to answer any questions about travel in the UK. Right now, I'm doing some online lectures for Road Scholar, but they are hoping to schedule some more Queen Mary lecture cruises in late 2022 and early 2023. Keeping my fingers crossed!

Thanks, Kathy, and I do hope you find the two new novels fun to read - they were certainly enjoyable to write.