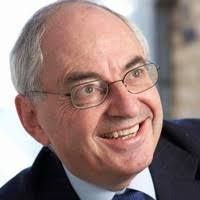 I was really sorry to learn of the sudden death last week of Stephen Levinson. Stephen enjoyed crime fiction, and the last time I saw him in person was when he came to a panel on Golden Age fiction at the London Library's 175th anniversary celebrations. But we'd known each other for more than thirty years and once upon a time, we wrote a book together.

I first met Stephen when I joined the Law Society's working party on employment law. He was already a well-established City lawyer, and we were both among the early specialists in the field. The working party was eventually elevated to the status of a standing committee, as the significance of employment law became increasingly clear to everyone, and so we worked together in total for about fifteen years.

In addition we were commissioned to write a book together. It was a strange project, unique in my experience of writing. The book was Know-How for Employment Lawyers, and the publishers wanted it to reflect the collective 'wisdom' of a trade union law expert  (David Cockburn), a top employers' lawyer (Stephen) and an all-rounder from the provinces (me). We would meet in London and discuss agreed topics. Our discussion was recorded and the results were written up by two young legal journalists.

The very interesting thing to me was that, although David, Stephen, and I had very different perspectives and backgrounds, and we were all rather... well, strong-minded...invariably we found that there was very little difference in our views on how the law worked (or failed to work) and how a good lawyer should behave. It was really enjoyable to debate with two guys at the top of their profession. The young writers did a good job with the book, although it was very strange for me to see my views expressed in someone else's writing style. We had a glitzy launch in Chancery Lane, attended by lots of distinguished lawyers whom David and Stephen knew, and the whole experience was great fun, despite its weirdness The book did well, and we were asked if we fancied doing a follow-up. But I wanted to write books in my own way, and when the book was updated, that was done by other hands.

Stephen and I remained in contact, meeting up occasionally in London. The more I got to know him and got to understand his teasing sense of humour, the more I liked him. He was very good company. I'm shocked by his death and sad to think that we'll never talk about books, cricket, and employment law's foibles again. 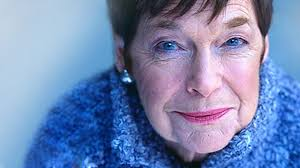 I knew the distinguished journalist Katharine Whitehorn for a much shorter time. We met at Detection Club dinners after my election in 2008. Katharine's husband, that fine thriller writer Gavin Lyall, had been a pillar of the Club and she continued to enjoy the social side of Club dinners after his death. She too was very good company and I wish I'd had the chance to get to know her better. Alas, her memory began to fail and the last time we met, it was clear that she was struggling. But her reputation as one of the finest women journalists of her era will stand. And, just as important, she was a very pleasant person.
Posted by Martin Edwards